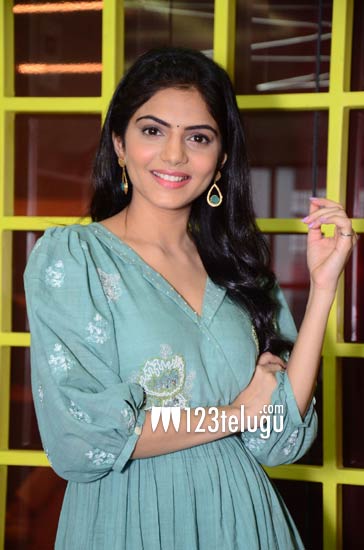 Tellavarithe Guruvaram is a film that has Keeravani’s son, Sri Simha Koduri as the hero. On the eve of the film’s release, we spoke to Misha Narang, the heroine of the film. Here is the transcript.

Tell us about yourself?

I am basically from Haryana and am living in Mumbai now to fulfill my dream of becoming an actress. I have done my master’s in chemistry and was in plans to do my Ph.D. but destiny brought me here.

As you all know, I am known with the film missing. While doing that film, I got a call from the team of Tellavarithe Guruvaram and as I loved my role of Madhu, I okayed the film right away. The team did a lot of auditioning and roped me in.

I play a girl called Madhu and she is a very bubbly character. My character has a specific fear and I overcome it by the end of the film. The movie is set in a wedding backdrop and has many twists and turns.

Simha is a very simple guy to hang out with. He has worked so hard on this film and has done a great job in his character. As I was so tensed on set, he used to calm me down, and that helped me a lot.

Your take on Tollywood and favorite actors?

I have huge respect for Telugu cinema and am well aware of its reach. My dream is going to come true with this film and what else can I ask for. In Telugu, I love Kajal and Vijay Devarakonda and would love t work with them.