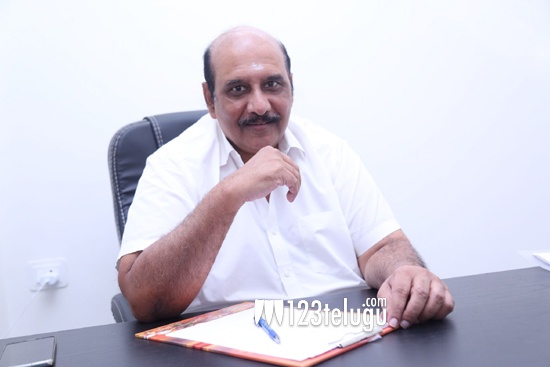 After Dirty Hari, popular producer MS Raju wielded the megaphone to direct 7 Days 6 Nights. The movie is up for a release this Friday. On this occasion, we met with the producer-director MS Raju for a brief interview. Here is the transcript.

What made you write and direct this film?
After Dirty Hari, I wanted to make films about youth. In the process, I got a thought to make a complete youthful movie and that’s 7 Days 6 Nights. The basic idea was taken from Raj Kapoor’s Barsaat. I developed characters based on the film and penned the script.

Tell us more about 7 Days 6 Nights?
The film is about two guys – a depressed guy and a let-it-go attitude guy – and their moments in Goa. Going by the posters, trailer and even the title, everyone might have thought that 7 Days 6 Nights is only for youth. But, the fact is that the film is also suitable for family audiences and I am sure that they will like it for sure.

Why did you select Sumanth Ashwin only as a hero?
If you see my earlier movie, Dirty Hari, the hero is not Sumanth. Because he won’t fit the character and its behaviour. But, coming to this movie, I thought that he would justify the character and as expected he performed well.

How did you feel while directing intimate scenes with your son?
See, we are father and son off-screen but when it comes to cinema, I am a director and he is my hero. We behaved like professionals and Sumanth is more professional. So, there is no point in feeling shy while directing him in such scenes.

Will the movie arrive soon on OTT?
I have no plans to release the movie for more than 8 weeks on OTT. I will think about it later. I am super confident that the youth and family audiences will definitely connect to the point we have discussed in the film and you will witness it. They will enjoy the film in theaters. Like many other films, my film won’t hit any OTT platform within 4 weeks of release.

Future Projects?
My next, Sathi with Sumanth Ashwin is over and is due for a release. Besides, I am planning to make a sequel to one of my hit films. The movie will be large on scale and will be made in 14 languages. I will announce the details of the project in the near future.