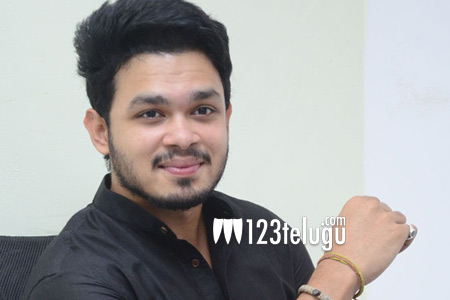 Child actor, Nag Anvesh became the main lead with the film Vinavayya Ramaiyya. He is now back with his new film Angel. On this occasion, we caught up with for a brief chit-chat. Here is the transcript.

For the first time in my career, I have played a mass role. I will be seen as a smuggler who generates a lot of fun through his actions. The moment I heard the script, I liked it and immediately okayed the film.

Why has this film delayed for so long?

We did a lot of pre-production as the film belongs to the socio-fantasy genre. We shot the film in four months but it took a good six months of time for the VFX work. This film has close to 40 minutes of CG.

The story of the film itself is quite new and will have a lot of fun. Also, the graphics work will be quite good to see on screen. Also, the way the proceedings have been narrated in a lighter manner is also a huge plus for the film.

Why are you releasing the film in Hindi and Tamil?

As on now, we are releasing the film in Telugu only. But as the subject matter of the film is quite universal, we have decided to release in Hindi and Tamil also. We will announce the release dates soon.

ABout your career graph?

I am taking my own time and am doing films in my own space. My parents are happy with my decisions and with this film, you can see a lot of improvement in my acting.