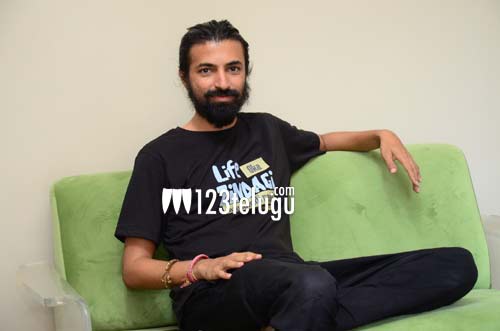 Nag Ashwin has turned producer with the film Jathi Rathnalu. On the eve of the film’s release, we met Nag Ashwin for a detailed interview. Here is the transcript.

Firstly, how did this film take shape?

The director, Anudeep did not come to me with the script but after watching one of his short films, I went and asked him to direct a film for me. He told me three options and I picked the story of Jathi Rathnalu and here we are with the release.

Why did you choose Naveen Polishetty as the hero?

I knew Naveen and Vijay Devarakonda from the time of Life is Beautiful. In fact, I had Naveen in mind for Yevade Subramanyam first. As it did not happen, I wanted to introduce him anyhow. But by then, Naveen had already signed Agent Athreya. As I always had Naveen, Darshi, and Rahul in mind, it became even easier.

What is Jathi Rathnalu all about?

Jathi Rathnalu is an out and out silly comedy about three crazy guys who get stuck into a serious crime. Such films have not come in recent times and this film will take you back to the Money Money and Anagagnaga Oka Roju days.

Being a producer, how much creative input did you give to the director?

Right from selecting the story and title, I had given a lot of inputs. I did not leave the project entirely on the director and kept on giving my suggestions. I balanced the act of giving creative ideas to the film and still allowed the director to do things with his own vision.

What made you choose Faria as the heroine?

I liked the way she looked and felt that she would be superb on-screen. When I spoke to her, I loved the comedy timing of Faria. When the script was ready, she was the obvious choice for the film.

Your opinion on director Anudeep?

He is a very honest director with a lot of heart. To make a clean and happy film, I feel that the director should have an inbuilt fun element in him and Anudeep has that. He has done a lot of hard work and will be a big name.

Naveen is famous in Hindi. Why not a Hindi version?

We had a plan initially but went with Telugu as of now. Once the film releases, seeing the response, we will also dub it in Hindi in the days to come.

Promotions for Jathi Rathnalu are superb. Whose plan was it?

As the film has a unique script, we wanted to have special promotions. A special team sat on this film and sketched out solid campaigns which have worked well.

Finally, how different is Prabhas’ film going to be?

It is really different and will have a new setup. This film has a unique world and everything needs to be made from scratch. Every prop, set, and costume made for this film will be new. That is the reason, so much time is being taken for the pre-production.