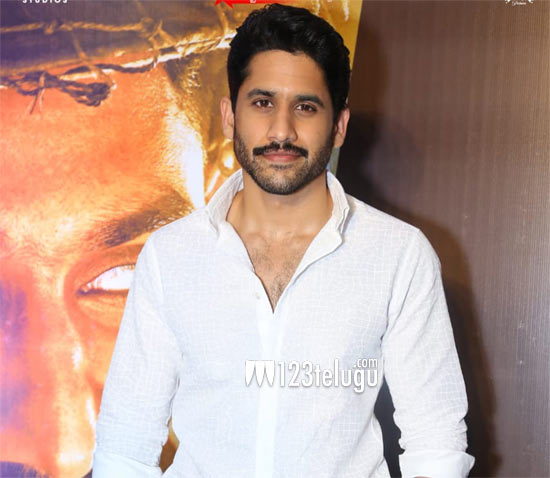 Bollywood perfectionist Aamir Khan’s Laal Singh Chaddha produced by Aamir Khan Productions, Viacom18 Studios, and Paramount Pictures is releasing big tomorrow in theatres. Directed by Advait Chandan, Kareena Kapoor is the female lead. Megastar Chiranjeevi is presenting the Telugu version. Naga Chaitanya is making his Bollywood entry with this film where he will be seen in a very crucial role as a soldier. Geetha Arts is releasing the film in Telugu. Ahead of the film’s release, we met with Naga Chaitanya for a brief interview. Here is the transcript.

How was the working experience with Aamir Khan?

I feel so great working with Aamir sir. I have learnt a lot by working with him. Few films will give us lifelong learning and memories. Laal Singh Chaddha is one such film.

What was your response when you got this offer?

My role would be for about 20-30 minutes. At first, I didn’t believe this when I got the call from the team. Later when Aamir and director Advait Chandan gave me a video call I was so excited.

Doing these kinds of roles is a very tough job. I felt this character is very new to me. My character is named Balaraju in this film which I feel is very special to me. Coincidentally it resembles my grandfather ANR Garu’s hit film Balaraju which came in 1948. In a way, I feel this is a blessing from him. I like the way Aamir prepares for a role in the pre-production phase. Acting alongside him has helped me to do much better and I feel really great acting with him.

How well do you believe this film connects to the Telugu audience?

My character Balaraju originated from a village in the Guntur district which is named Bodipalem. Balaraju belonging to AP joins the army. Laal Singh Chaddha has Telugu nativity in it. The shoot also happened in a few Telugu districts. I feel happy as Chiranjeevi Gaaru is taking a personal interest and releasing the film. Also, people who have seen this film have given very good reviews which made me happy. If the content is good audience will flock to the theatres which was proved by the recent two blockbusters here. Every Indian will relate to Laal Singh Chaddha.

What are the differences that you observed in Telugu and Hindi film industries?

The industry is a very creative field. There aren’t many differences technically here and there. I won’t compare these two industries. Every director has his own vision and creativity and hence we shouldn’t compare. Director Advait Chandan has guided me very well throughout.

I like playing special roles. Till now I haven’t done any such character. I have done with Laal Singh Chaddha and I will continue doing them if I get good roles. I am much overwhelmed to act along Aamir sir. Everyone who acts with him will definitely shine. If you observe carefully every character in his films will be highlighted. There will be significance to the other characters as well along with his character.