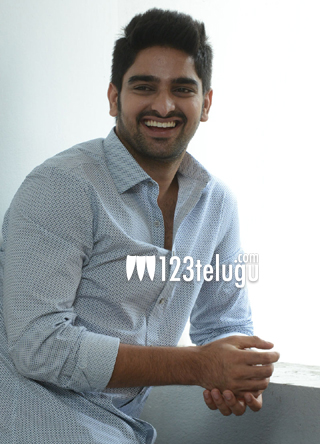 Naga Shourya is a promising talent to watch out for in Tollywood. He is back with his latest flick Jadoogadu. On the eve of the film’s release, we caught up with Shourya for a brief interview. Let’s see what he has to say.

Q) What is Jadoogadu all about ?

Jaadugadu is my most commercial film till date. It has all the elements to fulfill every section of the audience.

I play a loan recovery agent called Krishna. My characterization will be quite new and the audience will see new side of my acting.

Q) How was it playing an out and out mass role ?

It was quite an challenging role for me as I have done only romantic films till date. I have done a lot of fights and dances in the film and hope everyone will like my attempt.

Q) Tell us about your director Yogi ?

After a gap of five years, Yogi has come up with an interesting film. The way he has balanced all the mass and commercial elements will be the highlight of the film.

Q) How was it working with Sonarika ?

This is her first film and she has done a wonderful job. Her character is quite interesting and will definitely impress the audience.

Q) What are the major highlights of Jadoogadu ?

The last half an hour, Sagar Mahati’s music and cinematography are the biggest highlight.

I am currently working on a project with Nandini Reddy.