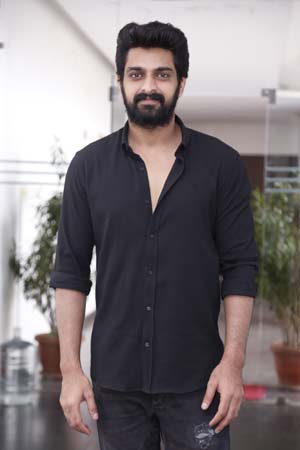 Krishna Vrinda Vihari is up for a release tomorrow and on this occasion, we met with hero Naga Shourya for a detailed interview. Here is the transcript.

Director Aneesh came to me with this script in 2020. He had a bounded script with the dialogue version in detail. I loved the script and okayed it right away. But due to Covid things got delayed.

What attracted you to this project?

My role, comedy, and family scenes attracted me more. There is something for everyone in this film and for the first time, I am super tense about my film. I am eager to see how the audience will react to the movie.

It was a very tough ride and I also fell sick during these promotions. Personally, I saw people from close quarters and learned a lot in my life. The one-to-one conversations were so enriching.

I play a Brahmin character in the film and it will be quite different from other hero roles in Adhurs, Ante Sundaraniki, and DJ. There is a different flavor of comedy in my role and the scenes between me and Radhika will be quite special.

If not for Radhika I would have not done this film. She plays a very key role and will be a surprise package for the audience. She has done a superb job and will be seen more in the post-release promotions.

What made you decide to produce this film?

My mother asked me casually at our dinner about any new scripts which I heard. The moment I narrated the story, she also loved it and decided to produce it on our own banner.

When will you do mass films?

Personally, it is my favorite genre and who does not want to do action films? I also attempted Lakshya in that genre but things did not click. I need more directors to come up to me with such strong action-based scripts.

Phala Abbai Phala Ammayi is done with its shoot. We will announce the release date once this film comes out. As of now, I am curious about Krishna Vrinda Vihari’s release.