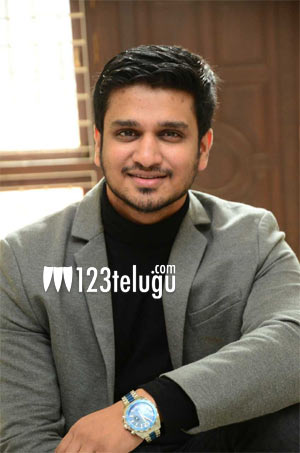 Nikhil hs personally and professionally gone through a lot because of the delay with his new film Arjun Suravaram. The film is finally ready for a release tomorrow and on this occasion, we caught up with him for a detailed interview. Let’s see what he has to say.

How did you deal with the film’s delay?

The film was supposed to release on the 1st of May but did not happen. I was down mentally and physically and has many sleepless nights. I don’t even know how many times I cried regarding the problems of the film. But I had fought through it and the film is finally releasing with a solid buzz.

Why was the film delayed in the first place?

Frankly speaking, the film’s business was done and dusted long back but some distributors created a film and a case was filed. Apart from this, there were many other personal issues that stopped the film without a release date.

What’s special about the film?

Arjun Suravaram is a film that has an honest message which needs to be conveyed at any cost to the audience. The film is based on the life of a journalist and how he fights for what is right. The film has a thrilling premise as the remake has been changed a lot of screenplay wise.

Kirrack Party did not work. Why did you opt for any remake?

I feel that our film is a plot-driven movie and will work in every language. Arjun Suravaram has a good premise that will work here in Telugu as the content is very relatable.

I have lined up four films in my kitty. One is Karthikeya sequel, the second one is with VI Anand and there is also a film called Hanuman. The last one is with Geetha Arts.

Do you think you are lagging back in the Tollywood race?

In a way yes. Every year, there is a film of mine that is coming out. But one film is not enough to be in the public eye. That is the reason, I am coming out with four films in the next year or so. I am working hard to gain my lost success.

Chiranjeevi being associated with your film?

Whatever the film’s buzz is created today, half of it goes to Chiranjeevi garu. He coming and talking about our film has given us a lot of confidence. I have been a huge admirer of his work and it is a dream come true moment sharing the stage with him.