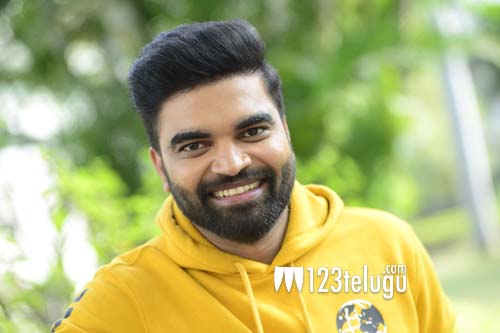 30 Rojullo Preminchadam Ela is gearing up for a big release tomorrow and promotions are in full swing. On this occasion, we caught up with hero Pradeep Machiraju for a detailed interview. Here is the transcript.

The way director Munna narrated the script, attracted me a lot. Also, I was looking at something that should not remind people of my TV image. As all of this was there in the script, I said okay right away.

What’s special about your character?

Munna has designed two terrific roles for me. One is way different from the other and the twist between these two will be unveiled in the interval point. The film keeps changing track every 15 minutes and this is the best part of the film.

Yes, I wanted to. Right from childhood, my goal was to become an actor. I used to act, dance, and speak like star heroes and do all sorts of stuff in front of the mirror. In college, the love for acting grew bigger and that is the time, I decided that one day I will see myself on the big screen. The day has finally come.

Describe your ten-year struggle for us?

Looking back, things are quite emotional for me. To reach my goal, I joined Radio, and then started TV and finally got a break now after ten long years. I did not say no to anything that came my way and was waiting for a script and it happened with this film.

What so good about this love story?

I feel that every love story is the same but the treatment will be different. The same is the case with this film as the treatment, suspense, thrill, and love story will be very good. The realistic narration will surely impress many is my gut feeling.

How frustrating was the film’s delay to you?

I broke down and did not come to terms with the delay. The manner in which our film was made, marketed, getting screens, all this was perfectly planned. But just before three days, the lockdown was announced and I was so disappointed. Then, there was tension about the release of the film on OTT. But we stuck to the release and my producer wanted the film to come out on the big screen as it was my debut and here we are.

About the music of the film?

Anup Rubens has done a tremendous job with the music. The way it has reached the audience and was loved by many has given a new lease of life to our film.

Finally, how confident are you about the film’s success?

As the film is our baby, we will love it anyway. But yesterday, we had a show for people outside of the industry. They came from different age groups and everyone loved the film. Geetha Arts and GA 2 also watched the film and they are releasing it in a big way.