Interview : Praveen Sattaru – The Ghost will be high on heroism and emotions
Published on Oct 1, 2022 7:00 pm IST 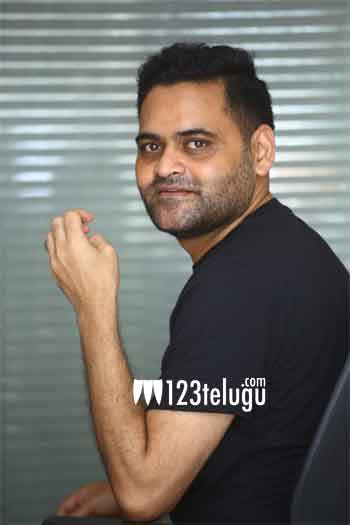 King Nagarjuna is back to entertain one and all with the action thriller The Ghost, which hits the screens on October 5th. It is directed by Praveen Sattaru and jointly Produced by Suniel Narang, Puskur Ram Mohan Rao, and Sharrath Marar. Sonal Chauhan is the leading lady. We met with the director for a brief interview before the film’s release. Here is the transcript.

What is the justification for having the title The Ghost?

Ghost is an imaginative word. There is importance to this word in RAW intelligence. They call it Ghost protocol. In this film, the code word of the protagonist is Ghost. The underworld would have named him that way.

How did you feel narrating the story to Nagarjuna?

Initially, I met Suniel and Sharrath Marar. While discussing a project, Nagarjuna sir told me we should work on a different film. Nagarjuna sir holds a unique image in my heart. Hence I wanted to show him notable and wrote the story accordingly. This is the first time I have written a story for a hero. I have designed his character, keeping his intensity, style, and grace in mind. His role will be less spoken but very powerful.

What was your biggest hurdle while making The Ghost?

It is Covid. The shooting schedules got affected due to the second wave and third wave. We planned a schedule in Dubai, but it got canceled before a couple of days. After reaching there, the action choreographer wasn’t available. Hence we went ahead with a new person. Unfortunately, the Covid restrictions made it difficult for us to obtain the necessary permits.

How will the film be?

The Ghost will be high on heroism and emotions. There are plenty of goosebumps moments and also a few whistle-worthy scenes. The Ghost is a proper mass film that was made classy. I am sure the audience will enjoy the movie in theatres and make it successful.

Audiences’ tastes have changed post-pandemic. So what are the precautions you will take to write a story now?

Covid has helped us as the audience got aware of world cinema. They got to know what a good cinema is. They also are aware of films which should be watched in theatres. We need to develop that sense among the audience to watch the movie on big screens, but not on smartphones. Making a film is like writing a page in a book. The Ghost is one such page that will be remembered even after ages.

The Ghost and Chiranjeevi’s GodFather are releasing on the same day. How do you think the competition will be?

There is no such competition here. Both films belong to different genres. I firmly believe that the audience would encourage every movie that has content.

The film with Varun Tej will be starting on October 10th in the UK. Also, I am in plans to make a web series.