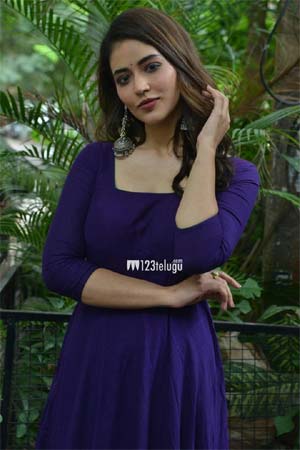 Priyanka Jawalkar is hogging the limelight as she has had two back-to-back releases with Timmarusu and SR Kalyanmandapam. On this occasion, we caught up with her for a brief interview. Here is the transcript.

Firstly, how is the response for SR Kalyanamandapam?

The response is pretty good. Things were not the same on the first days as there was a lot of mixed talk. But as word of mouth spread, the collections started to grow. Now, the film is doing good business and I am so thrilled with the response.

You had Timmarusu and SR Kalyanamandapam released in no time. How do you feel?

I was very tensed to know that two of my films would release in no time. I was worried whether crowds would come to the theatre or not. But luckily, Timmarusu opened to a very good talk. Now, SR Kalayanamandapam is doing good. So, I have no complaints at all.

You became emotional at a recent pre-release event. Why?

Post the release of Timmarusu, I got a lot of nasty comments about my weight and looks in the film. Some comments were hurting as well. I had put on a lot of weight due to health issues. So, hearing such comments made me sad and I said that I am an actress and not a model.

You have lost a lot of weight. Tell us about it?

I have worked a lot to reduce my weight. I took the comments to my heart and wanted to attain a perfect figure. As it is a visual medium, one needs to look good as well. Now, things are good and I have no complaints.

Why did you take so much of a gap after Taxiwala?

I heard 25 scripts post the film but I was not getting good roles. That is the reason, I took a gap. Now, things are good as I have some good films in hand.

Any particular actor you would want to work with?

I want to work with all the stars but have a big crush on Allu Arjun. It will be a dream if I get to do a film with him.

In Telugu, I am yet to sign a film but in Tamil, I have signed one more film. Touchwood, I am getting good offers and I hope I will impress everyone.