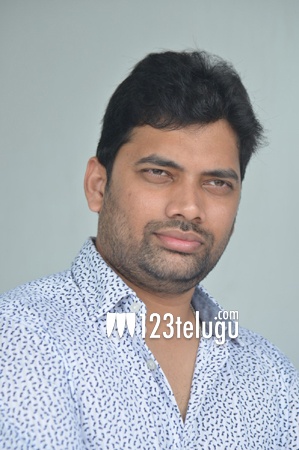 After being delayed since April, Nani, Ritu Varma and Aishwarya Rajesh’s much-awaited family entertainer under Shiva Nirvana’s direction, Tuck Jagadish, is finally gearing up for its direct digital premiere on Amazon Prime Video on September 10. As part of the film’s promotions, one of the film’s producers, Sahu Garapati, interacted with the media earlier today. Here’s an excerpt.

Q) How did Tuck Jagadish materialize?

A) After Majili, we were looking for the right project to make a film with another big star on a much bigger scale. That’s how Tuck Jagadish happened. Director Shiva Nirvana is an emotional person and even his movies are quite emotional. Tuck Jagadish will have double dose of emotions. We felt Nani will be apt for the role and he immediately okayed the project after the first narration. Telugu Cinema has not seen a full-fledged emotional family drama for the last few years and we are confident that Tuck Jagadish will fill that void. After watching the movie, audiences will feel like having a son like Tuck Jagadish in their families.

Q) The trailer had a lot of content to discuss. Did you ever think of releasing Tuck Jagadish in two parts?

A) No, the story has all kinds of emotions. The film has a run-time of just about 2 hours and 20 minutes.

Q) A lot has been said about Tuck Jagadish’s OTT premiere. Your views?

A) Ever since we planned Tuck Jagadish, we only wanted a theatrical release. We held our film back for a long time and didn’t give it away for OTT premiere. But the COVID-19 second wave had altered our plans. Now there are even concerns about a third wave. We didn’t want to hold the excitement for long and finally decided to opt for a direct OTT release.

A) Tuck Jagadish has ample doses of entertainment. But the family emotions dominate the proceedings to drive the story forward.

Q) Yours is a relatively new banner. There is a criticism that you are going the OTT way too early.

A) Frankly speaking, we all have our own issues to deal with. We decided to not react to the criticism as we were sure that they will understand our situation. Our decision has been supported by many in the film industry.

Q) Why did you choose Nani as your hero?

A) Personally, I love to work with Nani. But all producers wish to collaborate with as many heroes as possible. We are no different and we too are planning several projects featuring popular stars in near future.

Q) What was the reason behind replacing Thaman with Gopi Sundar for background score?

A) Thaman was supposed to score the background music as well. Our director Shiva Nirvana shares a good bond with Gopi Sundar as they both worked on two projects in the past. When Gopi Sundar was unavailable, Thaman worked on Majili’s background score. Tuck Jagadish is predominantly a family drama, and Gopi Sundar will do complete justice to it by understanding the emotions penned by Shiva Nirvana. That’s why we roped him in.

Q) Do you have any plans to release Tuck Jagadish in theaters in future?

A) That’s definitely a possibility. Nani’s V first had its OTT premiere followed by theatrical release. We will surely consider the possibility of repeating the same.

A) We are producing Balakrishna’s next under Anil Ravipudi’s direction. An official announcement regarding this project will be out on Dasara. The project with Vijay Deverakonda might take some more time. We will reveal more at an appropriate time.