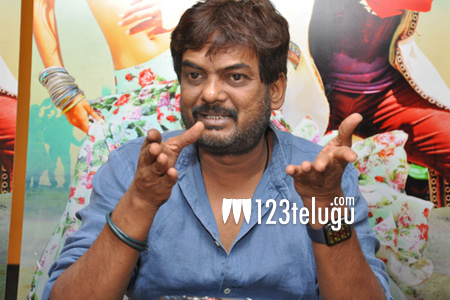 Maverick director Puri Jagan, is back with yet another project Loafer. The film is up for release next week and on this occasion, we caught up with him for a detailed interview. Let’s see what he has to say.

Q)What is Loafer all about ?

Loafer is a typical commercial film with complete mother sentiment. After a long time, I am doing a film which is high on emotional family values.

Q)Then Why did you name the film Loafer ?

The hero’s character is brought up in life as a Loafer and that is the reason we named it like that. By the end of the film, the title will be completely justified and changed for good.

Q)How has Varun performed in the film ?

Oh ! he has done a wonderful job. After watching some of his clips, mega star Chiranjeevi spoke very high of Varun’s capabilities. He is a very genuine actor and never gets carried away by outside factors.

Q)How did you convince Revathi for this film ?

Once I completed the script, Revathi was the first choice for the mother’s role. Initially, she was quite skeptical to accept this role but once she heard the complete script, she gave her nod.

Q)What was the reason of pairing Posani opposite her ?

The father’s character is quite negative and shrewd. So, we needed an actor who can fit the bill and should also look way contrasting to Revathi garu. That is the reason we roped in Posani and he has done a superb job.

Nothing went wrong. I am very happy with the way it shaped up and brought decent revenues for the producers. It also brought me immense respect from the woman folk and now a book is also being written on the film and its journey.

Q)So are you in contention for Chiranjeevi’s comeback film ?

If not for his 150th, I will surely do a film with him in the future. I have always told this and will take number of stories and try to impress him. Who doesn’t want to work with him.

Q)How do you take the backlash from mega fans over your comments on Chiru ?

I took it in a very sportive way. Fans do not know what equation I share with Chiranjeevi garu and they are entitled to their opinion.

Q)Don’t you think star hero fans are going over board like what they did in Loafer’s audio release recently ?

See ! Even I got irritated when such slogans were shouted during other hero’s function. I feel that it is high time Pawan kalyan tell his fans to change this as it is spoiling his name only.

Q)Finally, How has the film turned up. Are you happy with the output ?

Yes ! We have also seen the first copy and my producer is very happy with the out put and we have a clear cut winner on our hands.