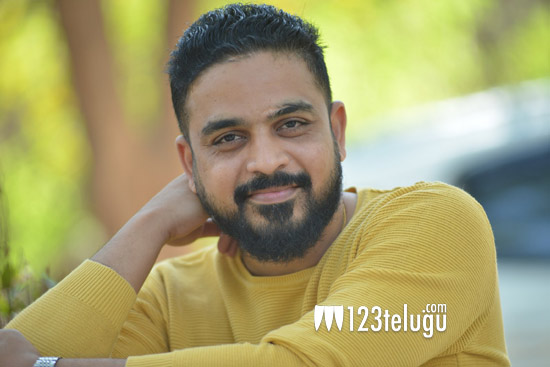 Radhe Shyam is up for a release on the 11th of this month. On this occasion, we caught up with the director Radha Krishna for a detailed interview. Here is the transcript.

Prabhas reaction after listening to the story?

Prabhas was the only choice while writing the script. I knew he was looking for love stories but was not sure he could pick up my story. After listening for two and half hours, he finally said okay and has been a darling since then.

What’s so special about Radhe Shyam?

The lead characters are quite different in my film. We have never seen a palmist as the lead in any film and this itself makes things exciting. Radhe Shyam has an universal plot and will click in all the languages.

About shooting this film during the pandemic?

We went through a lot of hardships. Everyone was paranoid that someone sneezing in your presence might put your life in danger! We were shooting in Georgia when flights were being cancelled by various countries. We struggled to reach India.

Everyone is talking about the climax. What’s special?

Yes, it is surely going to be super special. We shot the climax on a set in Ramoji Film City. It’s up to 20 minutes and will surely impress one and all and end the film on a positive note.

What made you choose Pooja Hegde as the heroine?

I met Pooja Hegde during an event at a star hotel in Hyderabad. She looked super stunning and I felt that she would suit the role perfectly and approached her. Pooja’s chemistry with Prabhas will be stunning.

About Thaman working on the BGM of the film?

This is one of the biggest assets for our film as Thaman garu is the king of BGM and is giving a solid score for the film. He has lifted the emotional highs and lows of the film with his solid BGM.

As of now, my entire concentration is on Radhe Shyam. I have a few offers coming my way but I have not signed anything yet. Only when the film releases, I will be making a decision.

Working with the likes of Krishnam Raju?

It was a dream come true moment. Initially, he was not part of the film. But as Covid came, we made changes and it was Prabhas garu’s idea about having him in a special appearance.