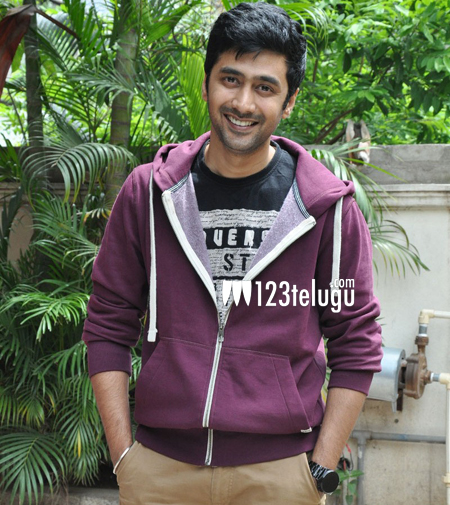 Young actor Rahul Ravindran, has carved out a niche for himself in the Telugu film industry within a short span of time. ‘Tiger’ is his latest movie and is set for a grand release on June 26th. On this occassion, we caught up with him for an exclusive interview. Let’s see what he has to say.

Q) Tell us something about Tiger ?

A) Our film is based on the concept of love and friendship and the entire story revolves around three main characters.

A) I play a young and matured guy called Vishnu and my character is the main key for the film.

Q) How was it working with Sundeep Kishan ?

A) We have been friends for over three years now and I had a lot of fun and great time working with him on the sets.

Q) What was the reason behind choosing a film with two leads after ‘Ala Ela’ success?

A) After doing Ala Ela, I decided to do films which give a lot of importance to my character. I am lucky enough to act in film like Tiger where my role is quite key to the film.

Q)  Tell us about the director Anand ?

A) Anand is a great director and extracts all the necessary performances from the artists. He has a lot of grip on the script as he has already worked as an assistant director to AR Murugudoss.

Q) How did you bag the role in Mahesh Babu’s Srimanthudu ?

A) Mahesh is my favorite actor and I like the intensity in his acting. I was very surprised to hear that Mahesh himself suggested my name for ‘Srimanthudu’. I’m very lucky to work with my favorite star and my character plays a crucial role in the film.

A) Currently, ‘Tiger’ is ready for release, and there is one more film ‘Hyderabad Love Story’, which is set for release next month.

With this we wrapped up our interview with Rahul and wished him a ‘Very Happy Birthday’ and best of luck for his future.