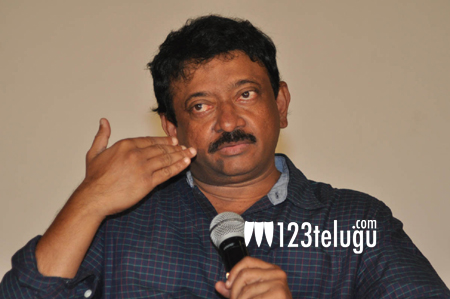 Maverick director Ram Gopal Varma, has been going through a rough phase in his career. He is back with his latest flick 365 Days. On the eve of the film’s release, we caught up with RGV for a brief interview. Let’s see what he has to say.

Q) What is the main reason behind choosing this subject ?

Marriage is a very delicate concept according to me. I feel that a couple cannot sustain in a relationship over a longer period of time. Even though the reasons behind their break up look silly, there is a lot of truth behind it. I have showcased the exact same issues in my film.

Q) So, you mean to say that one should not marry ?

I am no one to pass any judgement regarding marriage. I have only showcased the various incidents that are happening in today’s society and how couples are getting affected by their relationships.

I feel that the real life starts only after you complete one year of your marriage. Once you cross that mark, the real person in you comes out and all the problems kick start. My film is one such story of a couple who go through all these issues.

Q) You don’t believe in the concept of marriage any more. Has the thinking changed over the years ?

When I was younger, I only thought about my feelings and how I was correct in what ever I did. Now a days, I also think about the other person’s opinions.

Q) Does that mean you have changed for good ?

Laughs ! I can say only one thing that I was a very bad person initially, and now I am trying mend my ways slightly.

Q) Why have you limited yourself to small budget flicks ?

Depending on the story, I decide the scale of the film. If my movie requires a huge set up, I go along with it. My upcoming film, Killing Veerappan will be made on a huge budget.