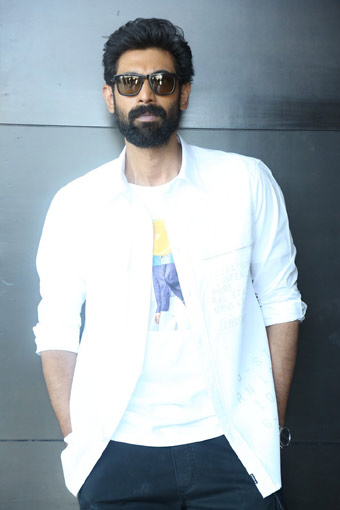 Rana is flying with the success of Bheemla Nayak. On this occasion, we caught up with him for a detailed interview. Here is the transcript.

Why did you not promote Bheemla Nayak much?

As I was busy with the shooting of my new project with Netflix, I had to skip the promotions. Even on the first day, I was shooting. Only in the evening, when I get some time I watched the film in Mumbai with Telugu fans.

Your reaction when you knew that Pawan Kalyan is also part of this project?

I was doing such character-oriented films in the past. When I knew that Pawan Kalyan has okayed the script, I felt very happy because when big stars like him do such films, there will more scope for good stories to come out.

The film runs on a single point agenda till the end which is new in Telugu cinema. My role is solid and there is so much scope for me to perform. Also, as Pawan Garu was involved along with Trivikram, I said okay right away.

Your association with Trivikram?

He has been associated with every aspect of this film. He is such an educated person and whenever you meet him, there is something to learn from him. He is a visionary who helped me a lot during this film.

What was the best compliment you received for this film?

My dad(Suresh Babu) who never praises my films was so happy with the film and my performance. He said my performance was so satisfying and this was the biggest compliment for me to date.

I have never interacted with him much before. During the shoot, I got to know him more closely. He is a very calm person who never speaks badly about others. He is chilled out and the way he carries the emotions is superb. I learned a lot from him.

Can we say you act the best when you play special characters?

In a way yes. I have an eye for these special characters as I have never seen myself as a hero who dances and sings around the trees. So, my safe zone is doing strong characters and when I got one to play in Bheemla Nayak, I went all out.

My Netflix biggie with uncle Venkatesh is almost done. In Telugu, I will be announcing a few more films in the days to come.