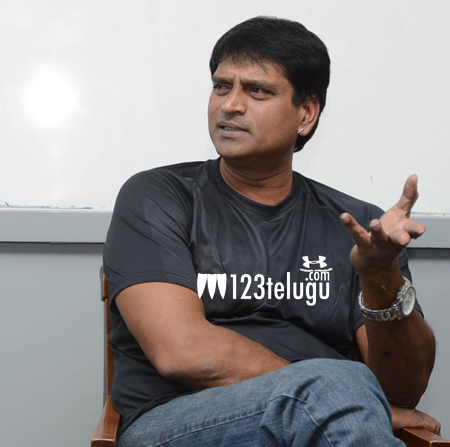 Ravi Babu has been churning out some interesting films from quite some time now. He is back with his latest offering Avunu 2 which is up for release this Friday. We caught up with him for a brief interview. Let’s see what he has to say.

Firstly, I would like to make it clear that Avunu 2 is not a sequel of Avunu. It is the second part of the film and kicks off exactly where Avunu ended.

Scripts like these have interesting endings and give a lot of scope to continue the story. If Avunu 2 does well, you might also get to see its third part.

Q) Tell us about the star cast of the film ?

Other than the original star cast of Avunu, few more artists like Sanjana, Nikita and Ravi Varma feature in this horror thriller.

Q) What is the major highlight of the film ?

The suspense in Avunu is revealed only during the end where as in Avunu 2, the plot behind this suspense will be revealed with a gripping screenplay.

Q) Tell us about the technical aspects of the film ?

Like all my previous flicks, Avunu 2 also has some interesting technical aspects. We have used LED lighting for this film and the visuals will look absolutely rich. Our film will also have 55 minutes of extensive graphics which will be the major highlight.

I would love to do an action film next and am making due plans for it. My acting career is going absolutely fine and I would like to do some interesting roles in the future as well.