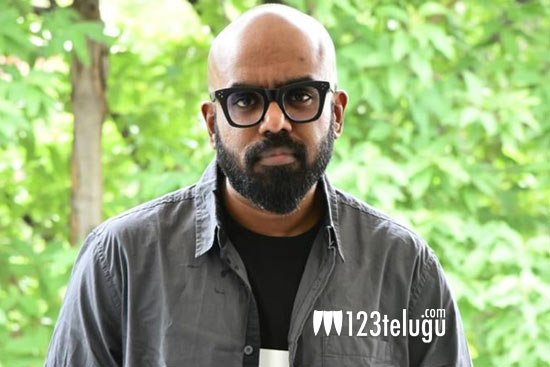 Lavanya Tripathi’s Happy Birthday is all set to hit the screens on 8th July 2022. Bankrolled by Clap Entertainment and presented by Mythri Movie Makers, Ritesh Rana has helmed this project. On the occasion of its release, we met the director for a brief interview. Here is the transcript.

What’s the reason for working with the Mathu Vadhalara team again?

We have been traveling together for 10 years now and have a comfort level and know each other very well. I believe that the output will be best if we have sync in the team.

How did you get the idea of this surreal comedy?

Guns are not legal in our society. Hence I got the idea of creating a fake world filled with guns. The surreal comedy genre exists but hasn’t come in Telugu so far. We felt it would be something new. The entire story would be logical but the premise and backdrop are completely imaginary.

Did you get inspired by any movie?

No movie has come out so far in this genre. We have created a non-linear screenplay that will be along the lines of Quentin Tarantino’s Pulp Fiction. The story will run chapter-wise.

Many complained that they didn’t understand the trailer. What’s your take?

We have done the trailer cut intentionally to make things interesting. We have introduced the world where the story happens and the characters. You will only understand the story, once you watch the movie.

What’s the reason for having Lavanya Tripathi in the lead role?

Lavanya Tripathi hasn’t done a movie like this. She is a very funny person outside. I wrote this character after seeing her in a TV show. This character will be new and suits her well. Lavanya will drive this story. Other characters are equally important.

Do such stories be good to watch in theatres or OTT?

Happy Birthday is made exclusively for the theatrical experience. There would be a different kick to laugh around with 300 people. This will also work on OTT.

You are promoting it as a PAN Telugu film. Is it a satire?

It’s not a satire. We wanted to have the promotions in a jovial way. We wanted to convey that the film will release worldwide in Telugu. Hence PAN Telugu film.

Why didn’t you make this film in other languages?

It depends on the actors. Satya and Vennela Kishore are familiar to us. I don’t know how it will turn out in Hindi. I made this film exclusively for the Telugu audience.

Lavanya is playing the character Happy. Significant things would happen on her birthday. Hence we titled the film Happy Birthday.

I did Mathu Vadhalara on a limited budget to prove myself. It became successful. I wanted to write something new always. Happy Birthday is also a different story. Producers liked it very much.

Is there any reason to continue with Mythri Movie Makers again?

I feel comfortable working with Mythri Movie Makers. They know my style well. They have a good passion for cinema and understand my style of filmmaking.

I have locked two stories that would also be new. I haven’t decided on what to go ahead with next.