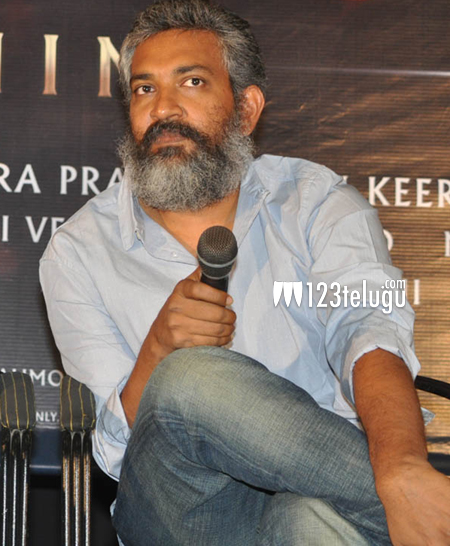 S S Rajamouli’s Bahubali is making news everywhere. First, it was a grand audio launch which was slated this weekend. After a sudden turn of events, the launch has now been postponed to a further date. Director Rajamouli caught up with the press and explained the exact reasons for the delay. Here is the transcript.

Q) What was the exact reason behind postponing the audio launch ?

We had made all arrangements for the audio launch and when everything was going fine, we got a message from the police officials that only a certain number of fans would be allowed inside the venue and it would be difficult to maintain such a huge turnout. Keeping the fans safety in mind, we decided to postpone the event to a further date.

Q) Why did the police department have a problem in controlling the crowds ?

Keeping the venue’s capacity in mind, the police officials said that they could manage crowds up to 25000 only. But as we planned before, the turnout was said to be even more bigger and could have caused some problems to fans. To rule out all these problems, we decided to push the launch to a further place.

Q) That means the trailer of the film will also be postponed now ?

Once again, we had perfect plans to launch the trailer in a specific format. As the function is now postponed, we are yet to take a decision about the trailer. We will let you know all the details by today evening or tomorrow morning.

Q) So what about the Hindi trailer launch. Is it going as planned ?

Yes ! The Hindi trailer will be unveiled as planned in Mumbai on the first of June.

Q) What is the exact status on the first part of Bahubali ?

The re-recording is 90% complete, and other post production works are going on in full swing. The length of the first part is 2 hours 35 minutes.