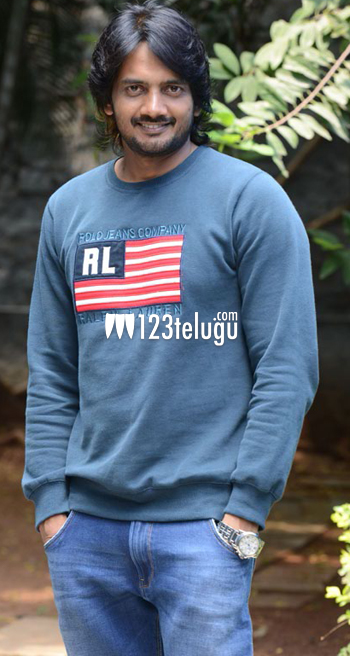 Sai Ram Shankar is trying his luck as a mainstream hero from quite some time now. He is looking for one major hit to consolidate his career, and Romeo is his latest attempt in that quest. We caught up Sai Ram for a brief interview. Let’s see what he has to say.

What are your expectations from Romeo ?

Bumper Offer was the biggest hit in my career which was written by my brother Puri Jagan. After a long gap, he has once again written the story and dialogues for Romeo. I am very confident that this film will bring me much needed break in my career.

What was the reason behind selecting Gopi Ganesh as the director.

Gopi was assisting my brother, and used to make show reels for his films. After seeing some of those show reels, we decided that Gopi would be the apt choice for directing this flick.

Tell us about your role in the film ?

I play a very entertaining character which will be on the lines of Ravi Teja’s role in Idiot. All my scenes have come out extremely well, and incidentally Ravi Teja plays my elder brother in the film.

Who did you choose Ravi Teja for the special role ?

As we are close to Ravi Teja, we chose him for this cameo. His face value will also take this film to a wider audience.

What are the highlights of the film ?

The performance of the main leads, unique story and Ravi Teja’s cameo are some of the highlights of this film.

When will you act in my brothers direction ?

Firstly, I need to give a super hit and reach the league where I can think of acting in his direction. For now, I am happy with my films.

A film titled Jagdamba is on the floors, and another film with Sarath Kumar is also rolling simultaneously.