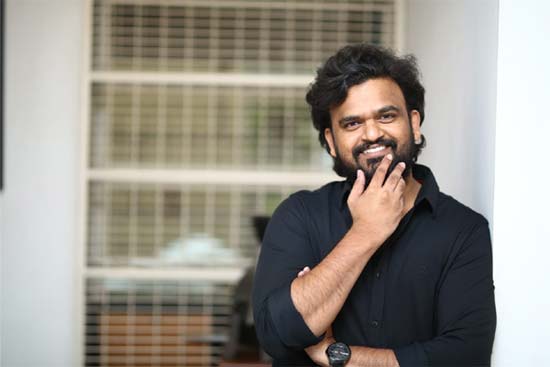 Adivi Sesh is now back with another investigative thriller, HIT 2, which has good hype around it. Meenakshi Chaudhary plays the leading lady, and Sailesh Kolanu directs the sequel. Prashanti Tipirneni is producing the film, and Natural star Nani is the presenter. Ahead of the film’s release on December 2nd, we interacted with the film’s director Sailesh Kolanu. Here is the transcript.

Why did you opt for Adivi Sesh in HIT 2?

I also have a plot related to Rudraraju, played by Vishwak Sen, in the first part. To showcase something new, we planned the franchise. I chose artists based on the plot, and I felt Adivi Sesh would be apt while penning the climax portion. Sesh liked my narration, and he said okay. He suits the role of an officer perfectly. I have added a bit of sarcasm to Sesh’s role, and I believe I could present him in a new avatar.

How did you plan the franchise?

First, I thought of introducing a new officer and narrating their story. Now I have changed my mind and thought of bringing all the officers together just like Avengers. I have told the same to Vishwak Sen, to which he agreed. Vishwak will be seen in the forthcoming films too.

Was it difficult convincing Nani?

It doesn’t feel tough to convince Nani. Our thought process regarding films will be on the same lines, and we will be in perfect sync. But it is a bit difficult convincing Sesh. He would ask many questions when I narrated the story. Finally, Sesh gave his nod after five to six meetings.

Can you elaborate on the Kodi Burra dialogue?

I use the word Kodi Burra often, and you need to see the film to know why the hero mouths it. We didn’t include a love story just for the sake of having it. Instead, we tried to show how the personal life of a Police official changes when he takes up a critical case. Though it is a thriller, I made this story that will be connected to the family audience.

What’s the reason behind the delay?

I did the first part in six months, and it took me a year to complete the second part. The pandemic caused the delay. I won’t do remakes from now. Many bashed me on social media when I remade HIT in Hindi. These days people are watching films on OTT irrespective of language.

Why didn’t you have Nani as the protagonist?

I narrated the plot to Nani Garu initially. I thought of making a film with him, but he said he would produce it. I want to do a film with Nani Garu and deliver him a big hit. We are planning big for the third part and will reveal the details soon.

Tell us more about your team.

There are many people in my direction team, some of whom are relatively older and some younger than me. They are so passionate about movies, and I hope they all get a direction chance. I wanted them to leave me and get a good opportunity.