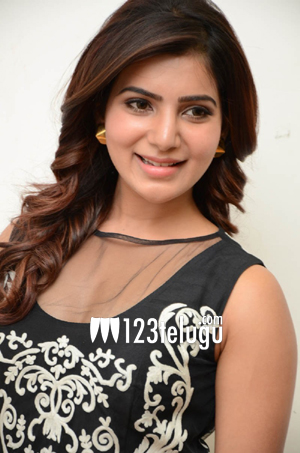 Tollywood’s most sought after actress Samantha, is currently busy with both Telugu and Tamil films. Her latest release ‘Autonagar Surya’ has released last Friday and is getting mixed response. We caught up with this beautiful actress for a detailed interview, and let’s see what she has to say…

Q) What is your response on ‘Autonagar Surya’s result?

A) To be frank, I am happy that this film has finally released. I have signed this movie after ‘Brundhavanam’, but it took three long years to release. Devakatta and Naga Chaithanya worked hard all these days and I am happy that their hard work is eeing the results.

Q) You have worked with Naga Chaithanya for the third time. Tell us about his performance in the film ?

A) I made my debut in Tollywood with Naga Chaithanya’s film. We both are very good friends, and I feel very comfortable with Chaitu. The onscreen chemistry between us looks good. In this film, Chaitu’s mass look and his performance are very good, especially his voice modulation is simply superb.

Q) Why are you not concentrating on performance oriented films ?

A) Most of them are asking the same question. Even I am waiting for such offers, may be in near future, I might be seen in a performance oriented role. As of now, I have received very good response for my performance in ‘Manam’.

Q) There are rumors that, you have charged 2 crores for ‘Alludu Seenu’. What do you have to say about such reports?

A) Yes, I too heard those rumors but they are not true. Fact is that, I charged the same remuneration which I charge for every other film. It would have been good if producers had given me 2 crores. I don’t sign films by seeing hero’s market, stardom and director. I finalize the films based on the script and my characterization. Many senior technicians have worked for ‘Alludu Seenu’ and director VV.Vinayak worked as if it is his first film. The film has come out really well and it will be a sure hit.

Q) These days, we see you in quite stylish looks. Any particular reason behind this ?

A) This year I am acting in 7 films, and I attend many events too. It doesn’t look good, if I attend every event in a similar style.

Q) Is it true that you are acting in two remakes ‘Queen’ and ‘Bangalore Days’?

A) ‘Queen’, is a critically acclaimed film in Bollywood. It requires many changes in the story, for this film to be remade in Telugu. I said no, as I was not convinced with the changes they made. If they come up with a script which will impress me, I will sign it. Coming to ‘Bangalore Days’, I don’t want to comment on it.

Q) How is young tiger NTR going to look in ‘Rabhasa’?

A) ‘Rabhasa’ is my third film with NTR. It is his film and will have everything from action, comedy and sentiment. For audience, this movie will be like a full meals.

With this we concluded the interview and wished her best of luck for her future.