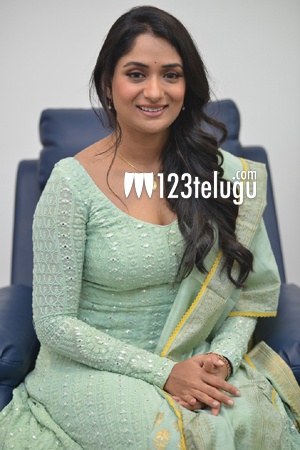 Natyam is a film that has created a good buzz for itself. The film is ready for release and has professional Kuchipudi dancer Sandhya Raju playing the lead role. On this occasion, we caught up with her for a brief interview. Here is the transcript.

What made you do a film on dance?

I am a professional dancer and have given more than 1000 shows worldwide. I wanted to take my dance deeper into the audience and that is the time, I felt cinema is the right medium for me to showcase my talent.

The film has three shades and showcases different stories. Everything is related to dance and how a long angle is weaved in a fictional village is the whole story of the film.

How different is this film Natyam from other dance films?

Before cinema, it was dance which was widely used to tell stories. My story is contemporary and is set in today’s time. It will have drama, emotions, and a solid backdrop which will impress one and all.

Looks like so many celebs have supported this film?

Yes, I have been blessed in this regard. Vice President Venkaih Naidu Garu watched this film and loved it. He took me to his office and felicitated me. Chiranjeevi Garu also saw the songs and encouraged me a lot.

What kind of care did you take while making this film?

Right from the beginning, we did not want this film to be just a dance film. That is the reason, we composed the music in a very liberal manner. The songs, dance choreography were done by me and I have kept things quite normal and yet commercial.

What’s your goal in life?

I have been teaching dance for the last ten years and I wish to do it further. My world is revolving around dance and I would do cinema, shows, TV and many other things to keep the dance in me alive.