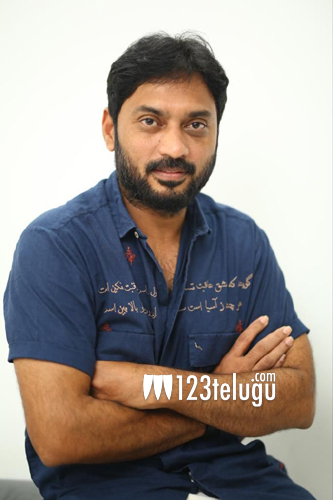 Ramarao on Duty is ready for release this Friday. On this occasion, we met with the director Sarath Mandava for a brief chat. Here is the transcript.

The film is about a civil officer and how he goes about finding a missing case in his duty. The film is a period investigative thriller with all the proper mass elements and loads of drama.

He will be seen as a government official in this film. You might have never seen him in such a role so far in his career. The story and his character are quite unique and the narration will be presented with a gripping screenplay.

Why did you choose Venu Tottempudi for this film?

He plays a cop in this film. When I wrote this character, I wanted an unusual actor to do it. That was the moment I watched some of his old videos which went viral on social media. I met him and he liked the story and came on board for his comeback.

About the heroine Rajisha Vijayan?

I wanted a very new face for this role and approached her. She did not okay the project right away. I met her again and narrated the script in detail and then she came on board and did a wonderful job.

About the music of the film?

I loved Sam CS music in Khaidi and other Tamil films. Even Ravi Teja wanted him to do this project. He has given a solid score and his BGM will be a big attraction for the film.

What made you make comments against reviews?

That was my personal opinion. I am game for reviews and have learned so much from them. But I don’t like the reviews which come up even before the film ends. The short reviews on social media is the one I do not like. I feel that the audience should watch the film enjoy it and go home and speak about it.

As of now, my entire concentration is on this film. I am waiting eagerly for the release and its outcome. Once the release happens, I will think about other projects.