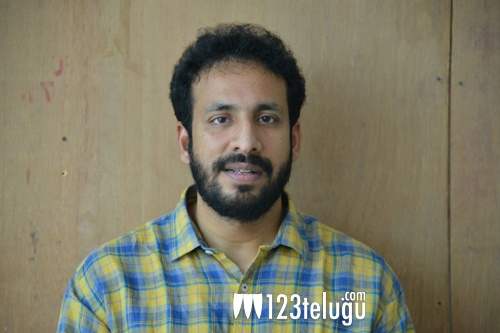 Adivi Sesh’s Major will be out this Friday. On this occasion, we caught up with director Sasi Kiran for a detailed interview. Here is the transcript.

Both I and Sesh have been close friends for years together. It was Sesh’s dream project to make a film on Major Sandeep Unnikrishnan. One fine day he called up and said he had readied this project with Mahesh Babu and Sony Pictures and wanted me to direct it. After researching a lot, I decided this story should be told to the public and came on board.

Sesh has written and acted in this film. How much freedom did he give you?

There is no denying the fact that Major is Adivi Sesh’s baby. But there should be someone who should deliver his baby and I am the one who took the responsibility of making Major.

Patriotic films need a lot of drama. How did you handle it in Major?

The drama is going to be quite moving and also the thrills will be special. Also, the dialogues by Abburi Ravi are super special and got solid applause in many of the screenings so far.

How did Sandeep’s parents react after watching Major?

More than the audience reaction, we were worried about how would Sandeep’s parents react to the film. But they loved the film and turned quite emotional during many scenes. We had been in touch with them for the last three years and their contribution to the film is immense.

Taj people do not allow any film to be shot on their premises. For the hotel portions, we shot them in many five-star hotels in Hyderabad. Apart from this, we laid seven sets in RFC and shot the film indoors. But as a viewer, you would never figure out that it is a set.

Whose idea was it to have screenings before the release?

It was our marketing department’s idea and it has worked out quite well. The response has been great and tomorrow we will screen the film in Telugu states. I hope the response will be great here as well.

I have a few ideas up my sleeve and will direct a film for Sithara Entertainments next. For now, I am getting offers in Hindi as well and will decide about it once Major comes out.