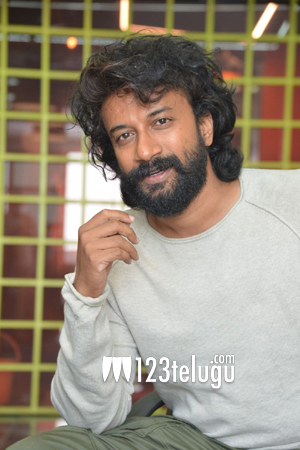 Skylab is up for a release this week. On this occasion, we met with the hero Satyadev for a detailed interview. Here is the transcript.

I play a doctor who is trying to cash in on the tension that Skylab has created in the village. He is a very calculated person and thinks of only himself to grow. He wants to set up a clinic and what issues he faces with the villagers is shown in a fun way.

Being a serious actor. How come you are doing a comedy?

I have always been a fun-loving person in my life. All my friends are aware of this fact. But here in Telugu cinema, I am doing serious roles mostly. But this film will showcase my other side of acting.

Tell us about the film and its production?

Nithya Menen and Rahul Ramakrishna have played key roles along with me. We live in a village set in the 1970s. We made the film in sync sound which saved us from the process of dubbing.

I don’t have any scene with Nithya sadly. She is a superb actor and does well in all her films. Here, she is our producer as well and we interacted more on the promotional part of the film.

He has solid clarity and prepared a thorough storyboard before coming to us. The way he narrated the story impressed me and I said yes. He has done a solid job with the film.

Gurthunda Seethakalam’ is a love story. ‘Godse’ is a political thriller and I am working with Akshay Kumar on ‘Ram Sethu’. I have got a full-fledged character in the Bollywood film which will be my debut.

Finally, what can we expect from Skylab?

We are confident about our film because nobody else has touched his subject. The humor, emotion, backdrop, and sensibilities are pure and will surely impress the audience despite a big film like Akhanda releasing on the same day.