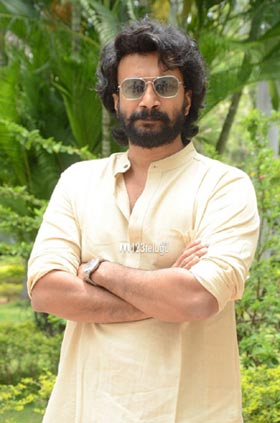 Timmarusu is set for a release tomorrow and on this occasion, we caught up with the film’s hero Satyadev for a detailed interview. Here is the transcript.

What made you choose this film in the first place?

Timmarusu is my attempt at doing commercial films. I have not tried anything like this so far and wanted to do an action drama to prove myself. That is when Sharan came with this script and I did not think one bit before accepting it.

I play the role of a lawyer named Rama Chandra, who goes to any extent to gain justice for his clients. He even spends his own money for the same and is a very witty character in real life. What happens when such a character deals with a big case is the story of the film. I have worked on the lengthy dialogues of the film.

During this pandemic, several films of yours saw OTT release. Now the first big-screen release is yours as well. How do you feel?

It is a thrilling feeling, to be frank. But at the same time, I was disappointed that my films were not seeing big-screen releases. But as my producers are happy, I am okay with it. I have respect towards OTT but the big-screen release is the ultimate feeling.

How did Uma Maheshwara change things for you?

That film was a big turning point in my career. The film gave me solid scope to perform and luckily things worked for me. But I was also sad that the film did not see the big-screen release. The following I got with this film was quite good.

How do you rate your career so far?

I am very happy with the way my career is going on. Now that I have made it, the burning desire in me has not gone down. Five of my films including a Hindi film are on floors and I am quite busy which is a solid feeling. There is a lot to achieve and I am all set to take on the world of cinema in a big way.

NTR released Timmarusu’s trailer. How do you feel?

The moment he released the trailer, things went to another level with the film. Timmarusu went into the masses big time thanks to NTR’s craze. I spoke to him for half an hour and he promised that he would watch the film when he is free.

You are a full-fledged hero but still, keep doing character roles. Why is that?

I have been doing character roles since the beginning of my career. Things worked for me in that way and as an actor, if I like the role, I will surely go ahead and do it. As of now, my concentration is on my solo films.

As of now, five of my films are ready. Timmarusu is releasing tomorrow and then there are Godse, SkyLab, a Hindi film, Tamannah’s next and two other big films in Telugu. Apart from this, I have also three other films in the pipeline.