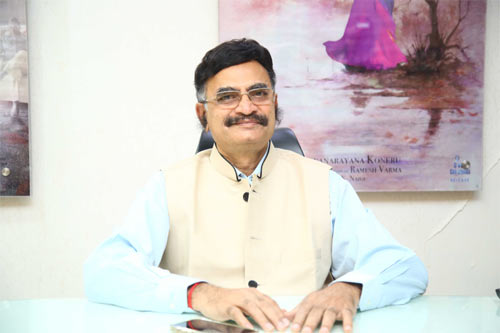 Mass Maharaja, Ravi Teja’s upcoming action thriller, Khiladi, is all set for a grand release in theaters worldwide on February 11, 2022. On this occasion, we met with the film’s producer, Satyanarayana Koneru, for a brief interview. Here is the transcript.

How did Khiladi happen?

When the director, Ramesh Varma, approached me and narrated the story, I liked it instantly and said that Ravi Teja will fit the role. We then approached him and said that I am making this movie. He also gave us dates. I believed in this story and it will become the biggest hit in Ravi Teja’s career.

Tell us about Khiladi?

Though it is a regular commercial movie, family audiences can also enjoy it. No movie with such a point has been made ever. Khiladi has a new concept and it’s a perfect Bollywood movie. Some shots canned in Italy are of Hollywood standards. The stylish movie has rich production values, which you can witness on screen.

Tell us about the movie’s music?

Rock Star, Devi Sri Prasad has provided wonderful music for this movie. A total of 5 songs are there in the film and they already become hits. Both Dimple Hayathi and Meenakshi Chaudhary performed well on those tracks.

Why did you decide to release Khiladi in Hindi?

I am so confident about Khiladi’s success and that’s why I gifted the director an expensive car. We teamed up with Pen Studios to take this story to the pan-India level. Ravi Teja’s Hindi dubbed movies on YouTube made North audiences go crazy about him. So, we decided to release this film in Hindi also on a large scale on February 11, 2022. There will be no competition for the film in Hindi either. I believe the movie will do very well in Bollywood as well.