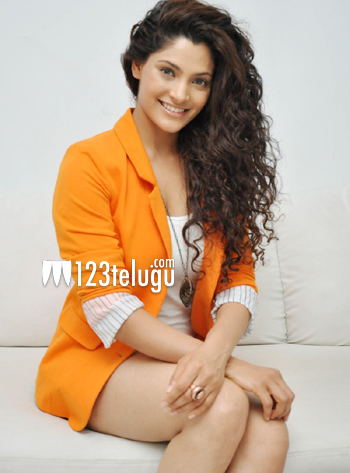 Model turned actress, Sayami Kher is making her Tollywood debut with Y V S Chowdary’s Rey. On the eve of this film’s release, we caught up with her for a brief interview. Let’s see what she has to say.

Y V S Chowdary happened to see my photos from the Kingfisher calender shoot and selected me for the role.

Q) How was the whole experience working on this film ?

I had a great time working on this film. We shot for a long time and everyone bonded like a one huge family.

Q) Did you watch any of Y V S Chowdary’s films ?

Yes ! I have watched Devdas and liked Ileana’s performance in the film.

Q) How was it working with Dharam Tej ?

I had a great time working with him and we became very good friends by the end of the shoot. He has worked very hard on the film and I hope everyone will like his performance.

I play the character of a simple girl who goes to America and becomes a part of a music band there.

Q) Are you disappointed with the delay in the release of this film ?

Of course, I was disappointed with the delay. But nothing is in my hands and I believe that good things will always have their time to come out in the open.

Q) Did you have any formal training in acting ?

No ! Working on Rey has been a very big learning experience, and I treat Y V S Chowdary as my teacher.

Q) Are you open on doing glamorous roles ?

Why not ! I am open on doing any role. My character should have enough space for me to showcase my talent.

I haven’t signed anything in Telugu, but I am working on a film with Rakesh Om Prakash Mehra in Hindi.