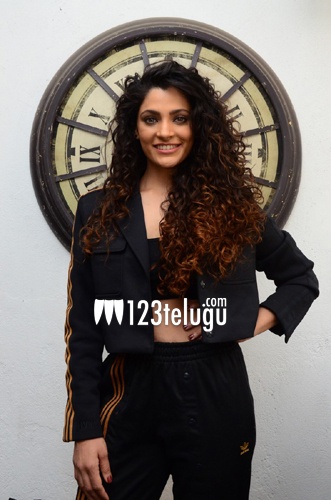 Wild Dog is up for a release soon and on this occasion, we caught up with Sayami Kher, who plays a key role in the film. Here is the transcript.

After I made my debut in Rey alongside Sai Tej, I went back and did a lot of projects in Hindi. After seeing me in Special OPS, director Solomon approached me for this role. He auditioned my part and confirmed me for the film.

Working with the likes of Nagarjuna?

It is every actor’s dream to work with Nag sir. I have been his fan for a long time and felt so happy that I got to work with him. He is so handsome and I had a great time on sets. Even at this age, he is so fit and did a solid job in the film. I was very nervous shooting with him but he made me feel so comfortable.

Your role and how did you prep for the film?

I play a RAW agent in the film and come into the film at a special time. As I have played a lot of sport, it helped me stay fit during the action sequences. There are so many action-filled episodes that I did that will be liked by the audience.

Memorable moments during the shoot?

We were all locked up at our houses due to COVID. Once this got over and we got back to shoot, it was such a happy moment bonding with the team. Nag sir and conversations with him enlighted me a lot.

Your favorite director and actors in the south?

I would love to with Mani Ratnam and Rajamouli in the days to come. When it comes to heroes, I am eagerly waiting for an opportunity to work with Prabhas and Allu Arjun.