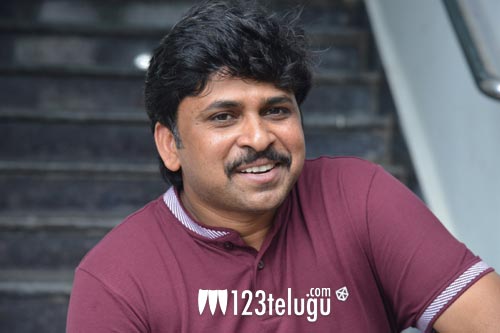 Tuck Jagadish is a film that will be out on Amazon on 10th September. On this occasion, we caught up with the director Shiva Nirvana for a detailed interview. Here is the transcript.

Firstly, tell us what is the story behind the ‘Tuck’ in Nani’s name?

From the day I wrote the story, I wanted Jagadish to be different. That is when I started thinking about the whole Tuck aspect. Why Nani is always in Tuck and what’s the story behind it will be known once the film releases.

Nani has been going through a lot due to the film’s release. How did you handle the controversy?

You won’t believe it but all these aspects did not affect us at all. Nani met so many times during this time but we hardly spoke about all this and on my behalf as well, I did not talk to him and kept such topics aside.

What’s the inspiration behind a family drama in these times?

I am born and brought up in a joint family myself. Right from the day, I started my career, I wanted to make a family drama. Now that I have got a chance, I wrote a very unique drama filled with many twists and turns.

Are you missing the big screen release?

Yes, in a big way. Tuck Jagadish has so many whistle moments and all that will go waste when you watch the film on OTT. This film has been made for the big screen and I wanted the family audience to throng the theatres to watch the film. But for various business reasons, we opted for an OTT release.

How did Nani come into the picture?

Post Ninnu Kori, I had to make one more film with Nani. I had this idea with me and narrated it to him along with a twist. He loved it and asked me to develop the story and here we are with the release.

Looking at the promos, Tuck Jagadish’s story looks routine. How different is it?

Nani spoke about the story in one of his interviews and said that this is an old story. When you make family drama, there is nothing new that will be showcased. But here, the screenplay, emotions, and conflict of emotions will hold you completely.

What kind of film will you make next?

I take up stories depending on what I am going through. As the world itself is in a tense situation, I want to make an out-and-out comedy next and am in plans for it as well.

Why was Thaman not assigned the BGM of the film?

For Majili, Gopi Sundar composed music, and Thaman did the BGM. Here for Tuck Jagadish, Thaman has scored music and Gopi Sundar has done the BGM. As the film is a family drama, I wanted the BGM to be subtle and effective. So, I and my time went with Gopi Sundar.

Is your film with Vijay Devarakonda confirmed?

Yes, it is confirmed as of now. Mythri Movie Makers will produce this film and Vijay will be showcased in a superb manner.