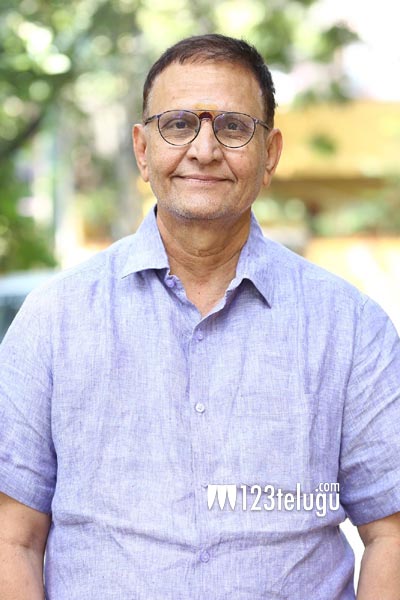 Samantha Ruth Prabhu’s Yashoda is up for a grand release in theaters worldwide on November 11, 2022. On this occasion, we met with the famous producer Sivalenka Krishna Prasad for a brief interview. Here is the transcript.

How it was all started?
This is my immediate venture after Sammohanam. After the demise of our uncle and popular singer SP Balasubrahmanyam, I was there in Chennai to console his family. Then I was insisted by my executive producer to listen to the story. After directors Hari and Harish narrated it, I was excited and suggested a few points.

Tell us about Yashoda’s story
Yashoda is all about the crimes that are happening in the name of surrogacy. You will get to know them once the movie is out in theaters.

Why did you produce Yashoda?
My executive producer called me and said that the Yashoda producer is in plans to make it after the Corona pandemic and he asked me whether I have any interest to produce. I immediately asked about the budget and he said that they want to finish it in 3-4 crores. I was shocked as the film has a strong point like in Shankar’s movie. As I asked, they reworked on the script and the outcome was impressive. I wanted to make it a Pan-Indian movie as Pushpa and KGF 2 were in the dubbing phase at the time.

Working experience with Samantha
I approached her once the script is ready, and she immediately gave a nod to do the film once the narration is over within 45 minutes. She is a responsible actress, and she shifted her focus completely on this project once she was done with Shaakunthalam

Are you aware of Samantha’s health condition while filming?
No. We all got to know about it once the shoot was over and entered the dubbing phase. She completed Telugu dubbing well and her energy levels were low by the time she dubbed for the Tamil version. Chinmayi finished Hindi dubbing. We all are aware of it just a couple of days before her social media post.

Did you consider Yashoda as an experiment in your banner?
No. It’s not an experiment and I did it with excitement. SP Balu motivated me to produce Aditya 369 and said it would make you proud. I felt the same when I listened to Yashoda’s story.

What’s the censor talk?
Censor members are excited after watching the movie. After the Hindi censor was over, an officer called me and appreciated that only South Indian filmmakers can do this kind of subject. I felt so happy with his comments. Also, I am distributing the film in Telugu with the support of Suniel Narang.

Future projects
I will announce my next movies post the release of Yashoda. I recently met Balakrishna garu and if anyone comes up with a perfect script, we will team up again.