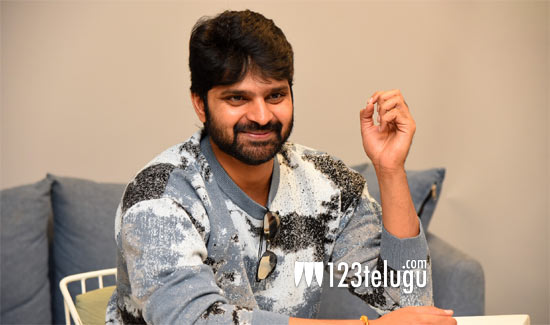 Sree Vishnu is back with another film called Arjuna Phalguna. On this occasion, we caught up with him for a detailed interview. Here is the transcript.

Tell us about your director Teja Marini?

He is a very talented director and is very strong with his emotions. He has exceeded my expectations. If the film could be shot in 55 days, it’s only because of his skills. The way he narrated the film in a very crisp and emotional manner will impress one and all.

Tell us about Arjun Phalguna?

The film is set in the Godavari region and is about five friends. All of them want to stay back in their village and make it big in life. How they face issues in life and what happens when they face crazy situations in life is the film all about.

I am playing a hardcore NTR fan in this film. All my friends played by ‘Middle-Class Melodies’ Chaitanya, ‘Raja Vaaru Rani Vaaru’ fame Chowdhary, Amritham Aiyer, and ‘Rangasthalam’ Mahesh follow me in the film. I have spoken the Godavari slang and have a very interesting role.

Working with the likes of Amritha Iyer?

She plays a Grama volunteer and has done a phenomenal job. The manner in which she pulls our leg in the film has been showcased in a fun manner.

This is your third release this year. How do you feel?

I feel happy to have three releases in a single year. This is a perfect time to release our film as Sankranthi is filled with multiple releases. Gaali Sampath did not click but Raja Raja Chora worked well and I feel this film will also click.

About the music and other departments?

The music is by Priyadarshan and he has done a good job. Even dialogues are by a new guy and they are quite witty and to the point. The visuals and other production values of the film will be quite appealing.

Bhala Thandana is my upcoming film in the production of Lucky Media. It is a very interesting project with a superb backdrop and solid drama. We will talk about it when it gets released.