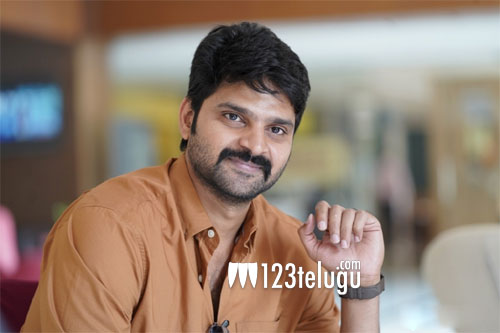 Sree Vishnu is busy promoting his new film Raja Raja Chora that will be out tomorrow. On this occasion, we caught up with him for a brief interview. Here is the transcript.

You spoke quite confidently at the pre-release event. Why?

I have seen the film and loved the project. As I know the result, I spoke high about the film. I am not the one who creates unnecessary hype for the film. That is the reason, I have kept it simple and confident.

Why do you say that Raja Raja Chora is a pan-Indian film?

As the story idea itself is different and has a universal appeal, I said that. I am confident that the moment the film releases, it will be made in multiple languages.

I am playing a small-time thief in the film. He is not a big scamster and does crazy things and has grey shades to him like anyone else. My role is quite hilarious in the film and will impress one and all.

Working experience with the director?

He brought a different story to me first which was in a different genre. As I wanted to do something else, I asked him to come up with a new story and that is how Raja Raja Chora was born. Hasith has done a solid job with the film.

Everyone is comparing you with Venkatesh. How do you feel?

Yes, they are. But Venkatesh is too big an actor. Maybe the manner in which I am choosing films, everyone is comparing me to him. He is my favorite actor and I am hugely impressed by his performances.