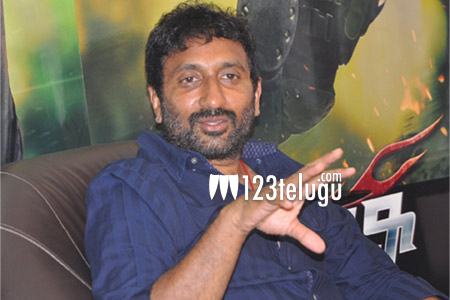 Sreenu Vaitla faced some severe criticism after the debacle of Aagadu. After a brief gap, he is back with yet another action entertainer Bruce Lee. On the eve of the film’s release, we caught up with him for a detailed interview. Here is the transcript.

Q) What have you learnt from the failure of Aagadu ?

Aagadu was conceived to provide wholesome entertainment to the audience. Somehow, the way we executed it went completely wrong. I have learnt a lot from its failure and will cover it up with Bruce Lee.

Q) How different will Bruce Lee be from you previous comedy entertainers ?

I have completely changed my working style with Bruce Lee. All my previous films were made with certain formula and became huge hits. Every one tried to copy it and made many films in that format. With Bruce Lee, things are a little different and the film will hit the right chord with the audience.

Q) You have worked with both the father and son. What qualities did you notice with Charan ?

Charan is a very matured youngster and has inherited some top class qualities from his dad. Even though I gave a huge flop, the way he gave me complete freedom in this film is just amazing. Same was the case when I worked with the megastar early in my career. Chiranjeevi gave me a free hand for the film and encouraged me big time.

Q) How differently are you going to showcase Charan in this film ?

Very few of us know that Charan has superb sense of humour and I tried to showcase it on screen along with his dancing capabilities.

Q) How did you convince Chiranjeevi for his cameo ?

As the script demanded a special appearance, I felt that the megastar would be the apt choice and narrated him the script. He connected to it right away and agreed to do it. His cameo will be the major highlight of the film.

Q) How did you cast Arun Vijay ?

Arun was on board very late in the film. I was very sceptical about signing a north Indian actor for the villain’s role. That is the time when Charan suggested me Arun’s name and asked me to watch Ajith’s Yennai Arindhal. Arun is a superb actor and has a bright future in Telugu.

I have a few stories in the scripting stages. I want to break away from my image and do a film which will be helpful for my career and bring laurels to me.