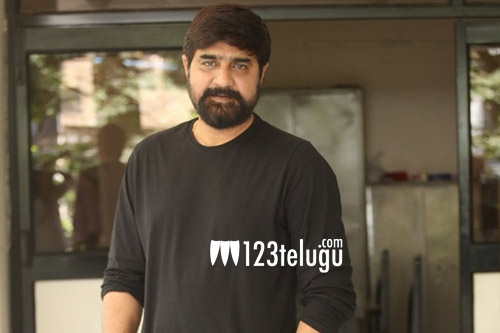 Srikanth has turned villain in Balayya’s Akhanda. On this occasion, we caught up with him for a detailed interview. Here is the transcript.

You started as a villain and after many years, you are now playing a negative role. How does it feel?

Yes, I have started out by playing negative roles and have no qualms in doing villain characters now. In fact, I played a villain in Chay’s film but it flopped. Even in the future, I will play the villain in other hero films.

While I was doing Sarrainodu with Boyapati, he told me that he will one day present me as a solid villain. Years passed by but nothing happened. Then, he came up with this offer of Akhanda. I was shocked to know that I was playing a villain opposite Balayya.

When Boyapati narrated the role, I was quite shocked as it had so much scope for me to perform. Playing a villain in Balayya film is no joke and if my character does not work, I will be blamed big time. But the moment, we got the look right, things fell in place automatically.

How did Balakrishna support you in the film?

He was quite encouraging from day one and supported me a lot. In all our meetings, he kept on telling Boyapati that my role should come out quite well. Even on the sets, he was so happy to see me perform and praised me.

Tell us about Balayya’s performance in Akhanda?

The dialogues mouthed by Balayya will create a new trend. The role of Aghora done by Balayya will shock you completely. Akhanda itself is a very different film and will showcase Balayya in a new manner.

Will Akhanda change your career?

I won’t say it will change but it will give me new avenues for me to explore. I remember Balayya sir telling me not to do many films as a villain and be choosy. Until now, I have not done films in a calculated manner and in the future as well I will do all sorts of roles.

Tell us about your role in Shankar’s film?

Shankar has designed a solid role for me in his film. I play a crazy role and the makers will reveal it in a special way. I am eagerly waiting for that film as well.

About your son Roshan’s career?

I was tense before his film’s release. But he scored good marks from critics and the audience. He is very clear in his mind and wants to do good Telugu cinema.