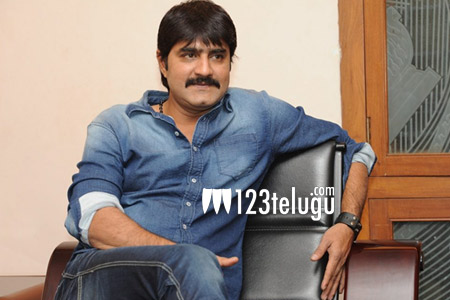 Evergreen hero, Srikanth is ready with his new film Ra Ra. On the eve of the film’s release, we caught up with him for a detailed interview. Here is the transcript.

This is the 125th film of my career. For the first time, I am doing a horror comedy and I am very excited about it. The fun part in the film is that ghosts get scared by normal human beings. How it is showcased is the whole story of the film.

I play a struggling director who ends up making a film with the ghosts itself. Well, to know how all this happens, you need to watch the film on the big screen.

No one knows who directed the film. Why is that so?

Halfway through the film, my director had serious issues with the producer and left the film in between. Left with no choice, a senior director completed the film. I don’t want to reveal his name in the press for personal reasons.

I recently did a negative role in Yuddham Saranam but things did not click. There are a lot of offers for such roles but I have three films lined up as a hero and that is the reason I am rejecting all those roles.

That is my next film as a hero which has gone on floors recently. It is a political satire and will showcase the way corrupt politicians are cheating the people. I am very excited about this project.

Tell us about your second son’s debut?

My younger son, Rohan is also making his debut soon. He is acting in a horror cinema with Prabhu Deva. The shooting is currently on. Apart from this, my elder son, Roshan is currently studying filmmaking in Los Angeles.