Interview : Sriram Aditya – This film couldn’t have been made without Sudheer’s support
Published on Dec 26, 2015 4:15 pm IST 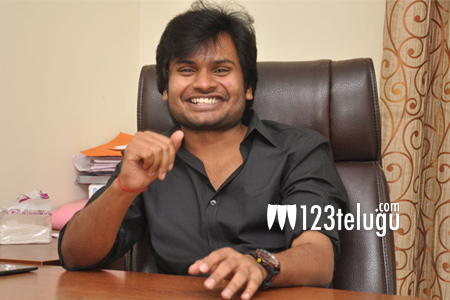 Short film maker Sriram Aditya has become the hot topic of discussion in the industry. His debut film as a director, Bhale Manchi Roju has hit the bulls eye. On this occasion, we caught up with him for a brief interview. Here is the transcript.

Q)How is the response for your film ?

The response has been amazing. The reports from all over are pretty heartening and I am so happy with the success of the film. Right from the beginning, I was very confident that the film would do well but this kind of huge response I never expected.

I was born and brought up in Hyderabad and worked as a software engineer for both Google and Facebook. As I had a huge inclination towards film making, I made certain short films which were hugely appreciated. This gave me a good confidence and I started approaching production houses with scripts.

During my struggle, I met this film’s producer Vijay. He liked the story and forwarded it to Sudheer Babu who okayed the film right away. It was because of Sudheer’s support that I could make this film in such a comprehensive manner.

Q)You have never worked on a movie set. How did you shoot this film ?

I should thank the producer for showing immense support in me and giving what I asked for. Also, I read a lot of journals and books on film making and improved myself on the sets. I also need to thank all the actors in the film who treated me like a kid and supported the film throughout.

Q)How is the industry responding to the film ?

I have received great feedback from the industry. Mahesh Babu through his twitter account congratulated us on the film’s success and said that he will watch the film once he back from his vacation. Prabhas anna has been a pillar of support right from the beginning itself. Mass Maharaja Ravi Teja also wished the team for the film.

As of now, I am enjoying the success and busy promoting the film all over. Once I am done with this, I have a few scripts ready and will approach a few actors for my future projects.