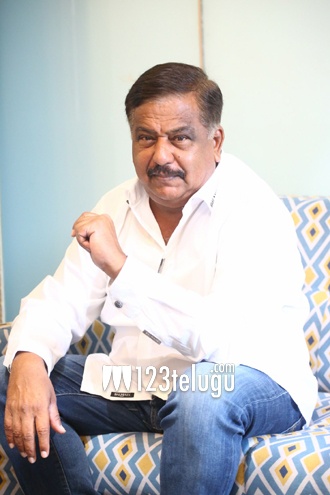 Sudhakar Reddy(Nithin’s father), the noted producer and distributor has released Kamal Haasan’s Vikram in Telugu states and scored a success. On this occasion, we caught up with him for a detailed interview. Here is the transcript.

How is the response to Vikram at the theaters?

From the first day of its release, Vikram received a hit talk. As Major was also released, more screens were given to that film. But as the positive word of mouth spread, screens have automatically increased in both the Telugu states.

What made you buy Vikram in the first place?

After watching the trailer, I got interested in this film. Then, the director Lokesh Kanagaraj is the main reason as he is high with the success of Master. As Vikram also had the likes of Vijay Sethupathi and Fahadh Faasil, we felt that this film should be distributed.

Your association with Kamal Haasan?

Once we decided to buy this film, we went to Chennai and met Kamal Sir. Even though there was huge competition, sir gave us the film for a lesser price than others. I met him post the release and he is very happy with the way we have promoted the film in both the Telugu states.

You are an experienced distributor. Why are you not that aggressive in this field now?

Times have changed especially post the Covid pandemic. The budgets have increased and so is the risk factor for distributors like us. So, from now on, I have decided to buy select films which do not involve more risk at the box office.

What according to you is the reason for Vikram’s success?

The entire credit should go to director Lokesh. If you notice, Kamal Haasan is hardly there in the first half but still, no one complained about it. All this is due to the terrific screenplay and the manner in which the content held the audience. When the content is good, the film will surely work at the box office.

How do you rate Nithin’s career so far?

Nithin has seen hits and flops in his career but still, he does not stop working hard. We are mostly producing his films these days and are making sure that Nithin gets the best team to work with.

About the hike in ticket prices?

I am not for the hike in ticket prices. The prices should be increased depending on the films but should not be exorbitant. The common man should come to the theater and watch the film twice or thrice if he likes it. These days everyone knows that the film will be out on OTT after three weeks. If ticket prices are high, who will come to the theaters? That is the reason, we kept the 200 rupees fare for Vikram.

About your future projects?

As of now, Macharla Niyojakavargam is ready for release and then, we have films lined up with Vakkantam Vamsi and Surender Reddy on our banner. All these films will be made in a stylish manner.