Interview : Sudheer Babu – Hunt has core emotions that will hook everyone for sure
Published on Jan 24, 2023 4:00 pm IST 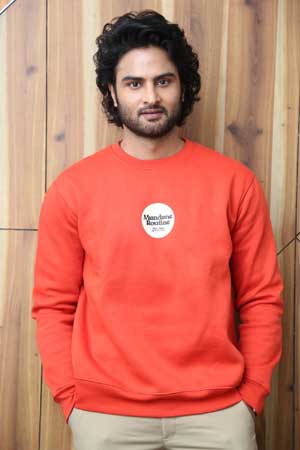 Nitro Star Sudheer Babu is gearing up to entertain audiences with the action thriller Hunt. The movie is confirmed to hit screens this Thursday. On this occasion, we met with the actor for a brief interview and here is the transcript.

Tell us about Hunt movie :

Hunt is one of its kind movie and it’s an engaging thriller which will make everyone step in my shoes in the film. The movie has many lead characters and therefore will make you suspect every one of them as the accused.

Can you tell us about your character?

I played two characters – Arjun A and Arjun B – in this movie. Arjun A is a courageous cop and on the other hand, Arjun B is a memory loss person, who is completely opposite to Arjun A. I felt it was a challenge to play these characters. I worked so hard to play the latter character and I am sure that everyone will appreciate my attempt once the movie is out.

About the fight sequences :

Fight sequences are going to engage audiences for sure. We worked very hard to compose them. I didn’t find doing fights much risky because of being a sportsperson. As you saw in the making video, we all put our blood and sweat into making this film. Stunts are a part of the movie, but the film has core emotions that will hook everyone for sure. Also, each action sequence will be around a length of 4-5 minutes only.

Working experience with Srikanth and Bharat :

I totally enjoyed working with both actors. I can confidently say this is one of the best roles Srikanth garu did in recent times. I learnt a lot of things from him. Bharat is one of the best co-stars I have ever worked with. His character is less in length but has more impact on this story.

Tell us about director Mahesh :

Mahesh is so dedicated and he knew exactly what he wanted from an actor. He also discussed the script with us and made it better. He will be flooded with offers once the film is out.

As you all are aware, I am doing a movie called Maama Mascheendra, a film of multiple genres. I have another film to do under UV Creations banner. Loser series fame Abhilash Reddy is the helmer of the movie. More details will be announced in the near future.