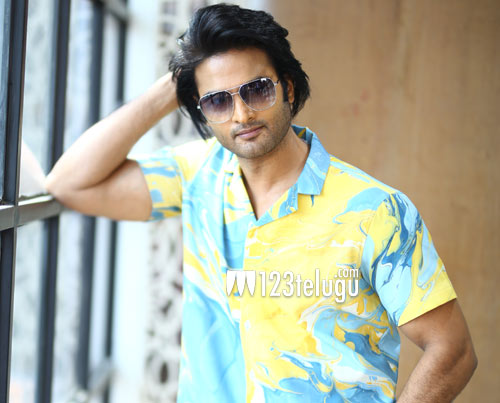 Hero Sudheer Babu, who is well known for films like Prema Katha Chitram, Sammohanam, V and Baaghi, has completed 10 years in the film industry. On this special occasion, we met with the actor for a brief interview. Here is the transcript.

Tell us about your 10-year film journey?

More than the number of films and fans, I care about the respect I have gained as an actor. Looking back at my film journey, I feel happy that I gave my 100% best for every movie. In the meantime, success is not in our hands and it depends on various factors.

Did you feel any regrets about doing some films?

I feel no regrets but I have learned from my mistakes. Some films worked well and some didn’t. They helped me in choosing better scripts. Aadu Magadra Bujji didn’t run well as expected. The failure made me concentrate on the story, technical aspects, budget and others while signing a project.

I worked like that this could be my last film if it’s a failure. I need to prove myself and learn new skills in every film. People say that I am good at action scenes and dances. But, they will also feel bored if I do the same genre of films. So, I accepted different genre movies. I love to do more action-based movies.

How do Krishna and Mahesh Babu inspire you?

They are my family and I have seen them very close. Mahesh dedicates most of his time to family and I learned the same from him. From Krishna garu, I learned how to switch off from work once I come back home from the shootings.

Nothing like that but I used to play Badminton professionally. So, I am interested in doing a sports-based movie. Pullela Gopichand’s biopic is still on and it’s been changing hands over the years.

Do you prefer hero or villain roles?

We usually connect to hero characters. But in the process, I realised that if I proved myself as an actor, then I will get good and big roles. I did Baaghi because it’s a good role, which was offered by a big production house. I was also offered a negative role in Brahmaasta.

Do you like to do mass or class films?

I am a big fan of Jackie Chan and I love to do benchmark action movies. I have films with Harsha Vardhan, Loser 2’s director and also a movie under Bhavya Creations banner.

Tell us about your fanbase and their support

I feel very happy for gaining a dedicated fan base and I am so thankful to them for giving me enormous support throughout my 10-year journey.

Will you agree to play a villain in Mahesh’s movie?

I love to do it but the character needs to be good and remarkable. If such a story comes in my way, I will do it for sure. I also wanted to produce his film if I get a chance.

What are the factors you consider before signing a film?

I think as an audience before signing a project. I ask myself, “Will you watch that film on the first day, first show?” and “Will it help in taking your career to the next level?” The team and story are the other factors I take care of.

Comments on your voice?

In the initial days, I received mixed feedback for my voice and RP Patnaik helped me to overcome it and I do voice exercises 2-3 days before starting dubbing works.

With which director do you want to do a film?

I wanted to work with all the big directors and in the meantime, I like to do movies with young directors because they come up with fresh concepts.

It is bigger than Sammohanam. When I signed this movie, I was afraid that people compare this movie with Sammohanam. But, now, I feel that Sammohanam fans will like AAGMC more than that because it has more fun and is more intense.

Any interest in doing pan-India movies?

I would like to do pan-India movies but, I need to explore Tollywood first and every film of mine was dubbed into Hindi. The North audiences have watched many movies of Prabhas and Rajamouli, even before the release of Baahubali.

Any plans to foray into the OTT world?

At present, I love to feature films only and if there comes any pan-India level series, I will do it for sure without any doubt.