Interview : Sudheer Babu – Whenever we try something new it always works
Published on Dec 24, 2015 1:30 pm IST 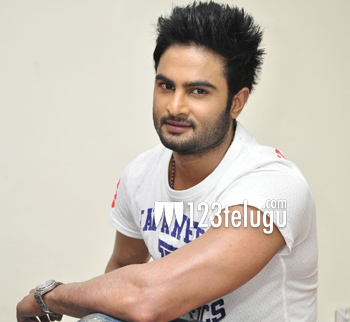 Sudheer Babu is one actor who does different films time after time. He is now ready with his upcoming film Bhale Manchi Roju which is up for release tomorrow. On this occasion, we caught up with Sudheer for a very brief interview. Let’s see what he has to say.

Q)What is BMR all bout ?

We have made this film devoid of the regular masala that you see now a days. Our film has unlimited fun which is directly generated through the interesting story line and narration.

Q)Your close friends are producing this film. Any particular reason ?

Both my friends Sasi and Vijay believed in this project completely and came ahead to produce the film. I feel that whenever we try something new, the audience will definitely appreciate it.

As soon as I heard the script from Sri Ram, I liked it immensely. Even though he did not work for a single film till date, the way he shot his short films impressed me big time.

I work as a car driver in a Mercedes Benz showroom. How my life turns upside down in one day is the entire story all about.

Q)What are the major highlights of this film.

Out and out fun elements and a racy screenplay are the biggest assets of this crime comedy.

Q)How is Prabhas associated with this film ?

Prabhas is a close friend of one of our producers Vijay. Right from the beginning, he has been supporting us big time and also decided to be a part of the promotions.

I am making my Hindi film debut as the villain in Tiger Shroff’s Baaghi. The film is 70% complete and will release in the first half of 2016.