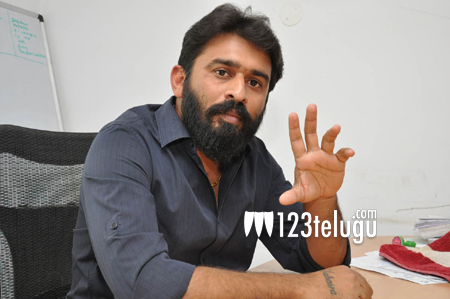 Director Sudheer Varma, impressed everyone with his debut film Swamy Ra Ra. He is back with yet another crime comedy Dohchay. This film has released to some positive reviews all over yesterday. On this occasion, we caught up with Sudheer for a detailed interview. Let’s see what he has to say.

Q) You seem to have an inclination towards robbery. Any particular reason ?

Laughs ! I watch a lot of crime documentaries and always wonder how people manage to escape after doing such humungous crimes. All my films till now are inspired from these incidents and I am very comfortable projecting such stories.

Q) What was the reason behind choosing Naga Chaitanya ?

After the success of Swamy Ra Ra, Chaitu called and offered me a film. After a brief gap, I pitched the story of Dohchay which he liked immensely, and the project went on floors.

Q) Your film has clear traces of Swamy Ra Ra. What do you have to say ?

As the film is once again a crime comedy, everyone is having such opinion. Dohchay is made on a bigger budget and has more commercial elements than Swamy Ra Ra.

Q) Why did you project Kriti Sanon in such a bold way ?

The society is changing very fast and I have a lot of girl friends who smoke and are quite bold in nature. I just depicted what is happening in the current scenario.

Q) The chase sequences have won a lot of praise. Tell us about that ?

The entire credit should go B V S N Prasad garu for hiring Peter Heins for that chase sequence. Everyone is loving those sequences which are quite new for Tollywood standards.

Q) Tell us about Chaitu’s performance ?

He has improved a lot and gave a wonderful performance. Chaitu suited the role beautifully and brought a lot of depth to the film.

Q) Why did an action entertainer like Dohchay had such a funny climax ?

My lead hero is a conman in the film and it was an apt choice for us to show how he cons the villain in the end. The entire credit of the climax should go to Posani for bringing life into the film.

Q) What was Nagarjuna’s reaction after he watched the film ?

He liked the film completely and even tweeted his excitement. He has offered me a film and it would be great if he approves my script.

Q) What was the best compliment you received for the film ?

Mass Maharaja Ravi Teja called me after watching the film and appreciated my work so much.