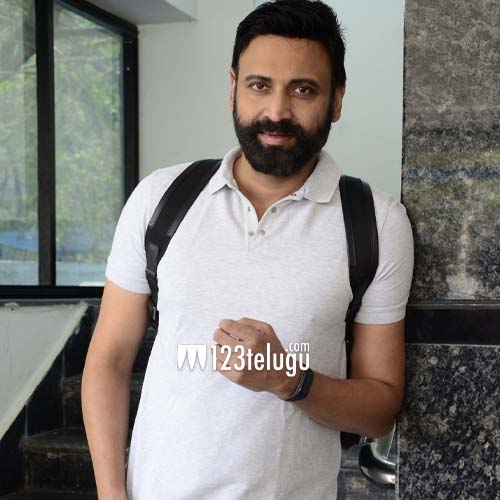 Hero Sumanth is ready with his new film Kapatadhaari that will be out tomorrow. On this occasion, we caught up with him for a brief interview. Here is the transcript.

Off late, why are you mostly doing thrillers?

Post Malli Raava, I thought I would be offered mostly romantic films. But that is not happening and more thrillers are coming my way. As an audience, even I love watching thrillers. So I don’t mind doing them as well.

As shown in the trailer, I play a traffic cop. He finds a small clue to an old case and decides to solve it himself even though he has no connection to it. What all problems does he face during all this forms the story.

How did you prepare for this cop’s role?

Generally in cop films, the main lead is highlighted a lot for commercial purposes. When it comes to my role, there are no thigh-slapping moments for the frontbenchers. I had to tone down my body language and act according to the character. I don’t overact and be simple in the film.

In a line, it looks routine but there are many lawyers in the film. It runs through a gripping screenplay and is quite focused. There won’t be many speed breakers in terms of unnecessary commercial elements. The film has a dark and thrilling atmosphere.

How different is the film from its original Kananda version?

We made quite a few changes to suit the film to Telugu nativity. The pace in the original is slow but here, we changed things and made it gripping. The film also has edgy characters who were not part of the original.

Why are you doing fewer films?

Many are asking me the same question. But I have changed my style and am listening to multiple scripts these days. I want to do new-age cinema which is devoid of image. I want to be part of some really crazy films and do special roles as well.

As of now, I am shooting for Anaganaga Oka Rowdy and have also signed a crazy romantic drama that will be quite progressive. I am also open to OTT shows if my role is good.