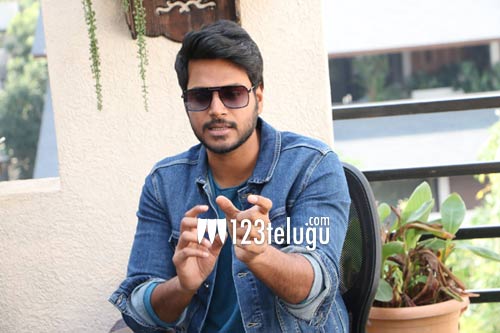 Sundeep Kishan is back with a comedy caper called Tenali Rama Krishna. The film is up for a release soon and on this occasion, we caught up with Sundeep for a detailed interview. Here is the transcript.

How has the response been for your role in The Family Man?

The response has been quite good and the manner in which things were written about my role made me very happy. I was not part of the first season but they squeezed me in. I am not there in the second season but will be back for the third season.

Tell us about your role in Tenali Rama Krishna?

I play a lawyer who deals with all the pending cases of the court and solves them solves. What happens when such a small lawyer gets entangled into a big case. That is the whole story of the film and has been narrated in a very funny manner. From beginning to end, the proceedings will be quite funny.

What made you do a routine commercial entertainer?

Frankly speaking, I have been doing the new-age cinema for the past few years now. So, one has to try fun and commercial films to be in the game. You can say that I have been planning my career quite carefully now and that is the reason post-Ninu Veedani Needanu Nene, I wanted to do this film which is a humorous project.

How are planning your career these days?

I have learned from mistakes and now I am very careful. I feel that I am not letting the audience enjoy my roles. That is the reason, I have planned things in such a way that they get to see me in different roles. The next film is a hockey based movie and I will be shown in a very different manner. That is the reason, I am in a stage where I want to do everything according to a plan.

He is a hit director and has made some very good films in the past. He has his own style of making comedy films and this film too will have that kind of fun which will be generated in a superb manner. I had a ball working on this film and the audience will surely enjoy it.

Tell us about your next film A1 Express?

We have shot the film for three days and have given a gap for this film. I will start training for hockey and have things sorted in a very planned manner. The film has a superb story and will surely be a good film. As of now, I am very confident about Tenali Rama Krishna as it has come out quite well.