Interview : Sundeep Kishan- I went into depression after my failures
Published on Jul 8, 2019 5:52 pm IST 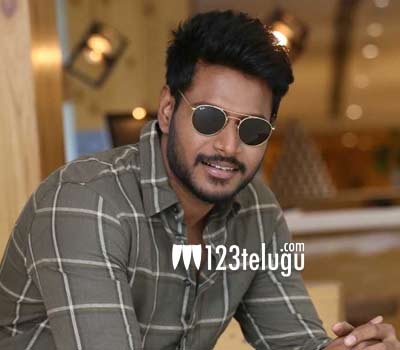 Ninu Veedani Needanu Nenu is ready for a release this Friday and on this occasion, we caught up with actor turned producer Sundeep Kishan for a detailed interview. Here is the transcript.

What made you choose horror for the first time in your career?

To be frank, I never wanted to act in a horror film as I felt that as an actor, I couldn’t do much. But when this script came to me, I felt that it is the right time to do a film in this genre as the subject had so much scope. Only because of this, I even decided to produce it myself.

What’s special about this horror comedy?

The film has a lot of emotion which will drive the proceedings. Apart from that, the film has hilarious humor. Vennela Kishore and Posani have done a superb job and will evoke good comedy. There is not one single scene in the film which has been added for the sake of commercial aspect.

How confident are you about the film?

There were a lot of flaws in my previous films which I have corrected them myself with this film. After a long time, I am super confident about the project and have sold the film for good prices as well. I am also very confident about the result of the film and there is a good buzz for the movie.

My only goal was to make the film on a said budget and release it on the said date. I did not find it difficult and have promoted the film to the best of my capabilities. Financially too, I am very happy with the film.

How did you overcome all your previous failures?

Things were quite difficult as I did not see myself on screen from the past two years. I went into depression and fled to the US and rejuvenated myself. After hearing 40 scripts, I okayed this film. Now, I am very happy and confident and will show my work to many. I want to achieve more in life and create opportunities for myself in the future.

I am very excited about my Amazon show which will be released soon. I play a lead along with Manoj Bajpai and that is a Commando’s role. The show will bring me wide recognition as an actor.