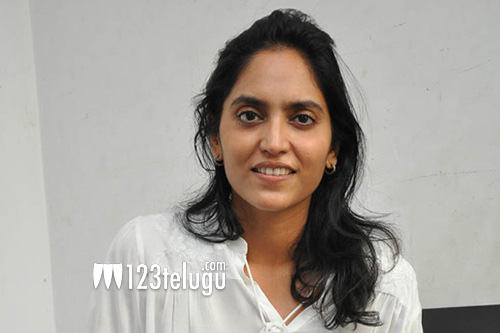 The Akkineni girl, Supriya has made her comeback into films after 22 long years with yesterday’s release Goodachari. The film has opened to a superb talk and on this occasion, we met with Supriya for a detailed interview. Here is the transcript.

Initial reaction when you were offered this role?

A lot of them from the industry keep bouncing their scripts and ask my opinion about it. I was feeling the same when Sasi and Adivi Sesh came to me. After narrating the script, Sesh told me that he wanted me in Nadia Qureshi’s role. I told them to audition me first and then take things from there. I auditioned for my part and there I was facing the camera after a long time.

How was it facing the camera after such a long time?

Things are so different now from when I started. I clearly remember the day when my grandfather told me that I will not like being in front of the camera. But somehow I did it then. After a point, I felt that too many people were judging me and that is why I was away all this time. But with this unit, things are different as they made me feel comfortable. It took half a day to ignore the camera but later I was fine.

Which aspect of the film attracted you the most?

The film, in general, was very good as somebody from Telugu is attempting such a new kind of cinema here in Telugu. Apart from this, the father and son relationship that is showcased in the film is my favorite and has beautiful emotions.

Will you continue to do more films?

Yes! I will. But I need to find a substantial character to play and then only I will continue to act. I have a huge responsibility of handling the studio and taking the production house forward. Initially, I wanted to become a writer and have written a few scripts. Then I became an actor and now I am handling Annapurna. You never know where life takes you.

A lot of ANR fans called me and congratulated for my performance. My grandfather has left a massive mark on people and it is good to see people appreciating me saying that ANR’s granddaughter has done a wonderful job was a big thing,

Will you ever do a negative role?

Why not? Firstly characters should be written for people like us. Unless and until we break the stereotypes how would we go forward? Telugu Cinema is slowly breaking that barrier and we need to get actors who could do different roles. I would love to play challenging roles and prove my worth.

My time is fully occupied with Annapurna Studios. I am like a gatekeeper for the studio and am handling most of the activities here. This has been happening for the past few years and I love whatever I do for the studio as my grandfather asked me looked after the studio.