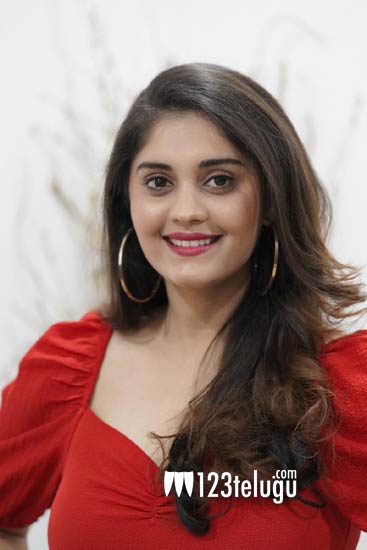 Sashi is a film that has made a lot of noise with its hit music. The film is ready for a release and on this occasion, we caught up with the film’s heroine, Surabhi for a brief chat. Here is the transript.

How excited are you about the film Sashi?

I am quite excited about the film as the songs and promos have clicked quite well. Pawan Kalyan garu launched our trailer which has struck a chord. The music has also become a good hit.

HHow did you bag this film??

The director gave me a detailed narration. I liked the love story which is not regular and has a different edge to it. As I have a lot of scope to perform in my role, I said yes to it.

I play a college student who has her own gang. I rag students and have done a lot of Masti playing my role. There is a mature transition in my role as the film gets into the second half. I have a lot of emotional scenes with Rajeev Kankala garu who plays my dad.

Tell us about other key roles in the film?

Vennela Kishore plays a key role in the film and so has Viva Harsha. Rajeev Kanakala garu has a wonderful role. The college scenes are pretty good and are filled with funny moments.

You have been around for a long time. Why did you do such few films?

That is because I was doing more Tamil films. From now on, you will see me more in Telugu films. I want to do different films from now on and prove myself as an actress.

He supported me a lot in this film. He is a very good actor and will prove his worth with this film. Aadi has an intense role and he has acted superbly.