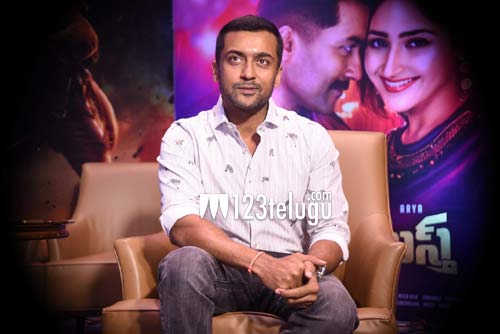 Suriya is busy with the promotions of his new film Bandobast. On this occasion, we caught up with him for a brief interview. Here is the transcript.

Bandobast is a film which has a Pan-India subject. The film deals with national security, agriculture and the journey of a man who takes things in his hand and even reaches the prime minister’s office for saving his nation.

Your relationship with KV Anand?

Not many know that KV Anand was my first film’s cameraman. Since then, I have been in touch with him and also worked under his direction. The moment he narrated me this script, I loved it and said yes to right away.

I play military commando in the film. He is the kind of person who can go to any extent when he finds out that his country is in deep problems. Even in this film, I address a big political issue and save my country. I play a fearless role in the film.

What kind of preparation went in for your role?

I read a lot of articles about military people and national security. Watched so many documentaries and even enrolled in a military camp just to get a feel of my role. I lost weight and even worked on my body after a long time.

Mohan Lal is a senior actor and it was lovely working with him. He plays a special role in the film and did a superb job in his character. His scenes bring a lot of depth to the film in crunch situations.

My film with Siva will go on the floors soon. Apart from this, I also have three more films in the pipeline which I will announce soon.